When DWI Means A Life Sentence in Texas

In June, the Houston Chronicle reported on the case of a man whose ninth conviction for DWI means he will face the rest of his life behind bars.

Donald Middleton, a 56-year-old man from the Houston area, had his first DWI conviction in 1980 and has been racking them up ever since. 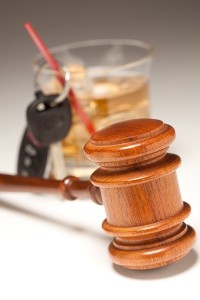 A DWI can lead to a life sentence

The Chronicle report noted he spent four terms in prison for drunk driving convictions before his most recent arrest in May 2015 in Montgomery County. Notwithstanding frequent drunk driving arrests, he maintained his driver’s license.

The report stated was involved in a head-on collision with a 16-year-old driver. He fled the scene and was looking for a place to hide at a nearby gas station when he was picked up by police, TV reports stated.

During his trial, Middleton reportedly told the court he turned to alcohol as a high school freshman when he was bullied by classmates.

Such considerations cut little ice with judges who may be sentencing some drivers to life behind bars to keep them off the roads.

In January, a judge said he was concerned about public safety when he sentenced a North Texas man to life in prison.

Ivy Ray Eberhardt of Weatherford in Texas was sentenced for his 10th drunken driving conviction since the 1980s. A report on Fox News said he would be eligible for parole after serving 15 years. During a police stop in Parker County, his blood/alcohol level was found to be almost four times the 0.08 legal limit for driving in Texas.

“Part of my job is to protect the citizens of Parker County, and the only way that I can think of to do that from somebody that has 12 DWI arrests and 10 DWI convictions is to put you in a place that you can’t drive for as long as I possibly can.”

If you are a repeat DWI offender, a judge may lose patience with you and give you a long prison sentence. However, there can be mitigating circumstances even for repeat offenders or your past may have been used against you unfairly.

Call our Tarrant County DUI/DWI defense lawyer for aggressive representation in your case at (682) 204-4066.