The issue of the reporting of military crimes by service personnel to national databases was raised in the aftermath of the massacre of 26 people at a Texas church by lone gunman Devin Kelley.

The gunman killed worshippers and injured a further 20 at a Baptist church in Sutherland Springs in Texas in November 2017.

It later emerged that Kelley was convicted of domestic violence when he was in the U.S. Air Force.

The conviction should have prevented him owning a firearm but the Air Force did not pass the conviction information on to national databases. The problem may be widespread, according to reports.

A report on Sputnik News noted the Pentagon knew for some time about the failure of the U.S. military to report military crimes to national databases. 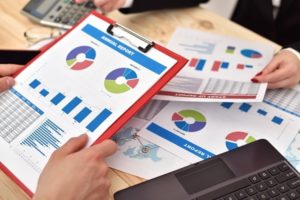 Kelley was convicted of domestic abuse in 2011 when he reportedly assaulted his wife and stepson. He threatened his wife with a handgun and fractured his stepson’s skull.

Under the Lautenberg Amendment, all domestic violence crimes including misdemeanors prevent domestic abusers from owning or possessing guns.

The Sputnik News report noted the Pentagon knew about the failures of the military to report court-martials to civilian law enforcement for a considerable time.

Back in 2015, the Inspector General for the Department of Defense (DoD IG) warned almost a third of court martials were improperly reported to the FBI. Vital elements to prevent gun sales like fingerprints or case outcomes were missing from the files.

The problems go back much further. In 1997, a DoD IG report concluded court-martials were underreported by all branches of the US military. The Navy failed to report 94 percent of case outcomes, the report warned.

If you have been charged with a firearms offense, please call our Tarrant County criminal defense lawyers today.