If you are charged with a family violence offense, you may need someone in your corner who could defend you against these charges in court, protect your legal rights, and who can help protect your reputation from harm. Contact a Fort Worth domestic violence lawyer to discuss your case in a confidential setting.

Assault is a violent crime that occurs when a person intentionally causes harm to another person or puts another person in fear of imminent harm. Even attempting to harm or threaten imminent harm can qualify as assault in Fort Worth. Assault is a serious crime under state law that can lead to stiff penalties after a conviction making it important that a Fort Worth domestic violence lawyer is contacted right away.

Domestic Violence Charges in Fort Worth

There are a number of distinct offenses that fall under the umbrella of domestic violence charges in Fort Worth, Texas. These offenses include:

The severity of these domestic violence charges can range from a Class C misdemeanor to a first-degree felony depending on the circumstances, and the potential penalties upon conviction can be as minor as a monetary fine or as major as life in prison Some of these offenses, such as domestic assault, are typically misdemeanors, while others are more often felony charges. The exact circumstances of any case will determine whether the charge is a misdemeanor or a more serious felony. 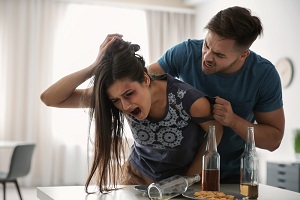 If the defendant did not intend to cause harm or did not reasonably recognize the potential harm their actions could cause, their actions may not meet the legal definition of domestic assault. An experienced domestic violence lawyer in Fort Worth could craft a legal defense tailored to their client’s situation based on

Talk To A Fort Worth Domestic Violence Attorney Today

If you are facing domestic or family violence charges in Fort Worth, do not delay in contacting an experienced defense attorney. Seeking out practiced legal assistance may be your best chance at avoiding the potential penalties you could face if convicted. Call a local attorney today to schedule a consultation.