Hurricane Harvey devastated the Houston area in September leaving thousands of people homeless.  While many people pulled together concerns about corruption led federal prosecutors to set up a task force to target hurricane-related fraud.

The federal authorities warned the residents of flooded areas in Texas and Louisiana they could be targeted by fraudsters taking advantage of their plight. Possible offenses include contract corruption, identity theft, document fraud and other crimes.

An article in Claims Journal stated the internet has widened the scope of criminality due to the availability of personal information online.

In early September, the feds announced the setting up of a working group. It’s intended to combine the resources of the FBI, the Justice Department and other law enforcement agencies. These bodies will be able to identify criminal trends more quickly and deploy resources quickly where they are most needed. 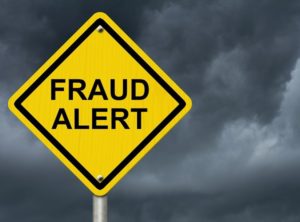 In the days after Hurricane Harvey left much of Houston under water, Houston-based acting U.S. Attorney Abe Martinez said the victims had already suffered enough. He said fraudsters could victimize them for a second time.

The federal working group is supported by the National Center for Disaster Fraud, a task force that specializes in disaster-related fraud. It was set up in 2005 in the aftermath of Hurricanes Katrina and Rita.

In the weeks and months after the disaster, the National Center expects to answer many complaints. Its core of federal prosecutors and agents will assist the Houston-based force to identify criminal complaints of storm-related fraud.

In the aftermath of Hurricanes Katrina and Rita on the Gulf, the task force oversaw the prosecutions of 1,463 defendants for crimes linked to the twin disasters. The cases targeted defendants in 49 federal districts, highlighting the wide-ranging nature of these crimes.

There have been numerous examples of public officials who have been charged with corruption in Texas.  However, these are complicated cases and charges have been dropped in some cases, or officials have been acquitted.