Prosecutions for offenses like fraud, bribery and tax evasion are some of the most complicated cases that come before a jury. In Dallas, the case against Dallas County Commissioner John Wiley Price made headlines in April. He was found not-guilty by a jury.

The trial came nearly six years after FBI agents raided his home and office in downtown Dallas. U.S. Attorney John Parker said he would not seek a re-trial.

The FBI accused the commissioner of taking bribes to stall the Dallas development’s designation as a federally recognized Foreign Trade Zone, a move that would have helped his district economically. 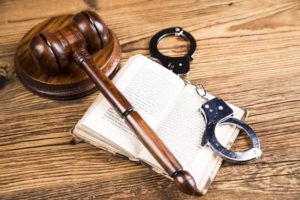 Dallas commissioner was cleared of corruption

The high-profile political figure was arrested on 11 counts of bribery, fraud and income tax evasion, reported the Dallas Morning News.

Although prosecutors spent years preparing for the public corruption trial, there was considerable evidence of their case unraveling during the case.

Evidence of problems in the prosecution case against Price were apparent from early on, reported the Observer.

The Observer reported that the chief judge of the U.S. District Court in Northern Texas, Barbara Lynn, condemned the government’s failure to turn over evidence to the defense as is required by law.

It was the fourth time she rebuked the prosecution team over lapses in “production” in a trial. She said:

“I have had multiple instances that I regard as improper conduct by the prosecution. The fact that things happen that way causes the court not to have confidence in the accuracy of the thoroughness of the government’s production.”

She lambasted the government’s handling of its own evidence as “inappropriate and very disappointing.”

The Observer article suggested the shortcomings of the prosecution could point to more serious flaws in the case against John Wiley Price.

Lawyers for Kathy Nealy, a political consultant who was initially slated to be a co-defendant with Price, maintains that federal officials had granted her immunity in exchange for her testimony against Don Hill, a former Dallas City Council member. Hill was sentenced seven years ago to 18 years on corruption charges.

The prosecution accused Price of taking bribes worth $1 million from Nealy. Much of the evidence against Price appears to have been woven from information Nearly gave the prosecutors in relation to Hill a decade ago.

Texas has a series of ongoing prosecutions of officials who are charged with corruption crimes. They include Attorney General Ken Paxton whose trial on securities fraud charges was recently moved to Harris County, reported the Texas Tribune.

See our guide to some of the most common types of white collar crime here.

If you have been charged with one of these complex corruption crimes, it’s important to get experienced criminal defense representation. Call our Tarrant County criminal defense lawyer today.