Texas’ open carry law came into effect at the start of 2016. Although the Lone Star State has some of the most liberal gun laws in the country, people still fall foul of the right to carry.

Recently, a shopper at a mall in Texas shot a robbery suspect. He was described as a “Good Samaritan.”

However, it later emerged that the shopper who had a concealed carry license should not have been carrying a gun inside the mall, according to the policy of the mall. 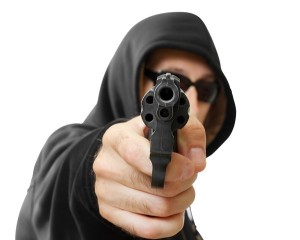 A report in USA Today stated a man was shot and killed earlier this year as he tried to stop a robber at a jewelry store at Rolling Oaks Mall in San Antonio. A second man who had a concealed permit, shot one of the suspected robbers who stole from a Kay’s Jeweler’s store. Four other people were injured in this incident.

Police said the unidentified licensed handgun user believed he was within his right to use the firearm because other people were in danger.

“It was obvious it was a very dangerous situation and that lives were being threatened and (the two robbers) were armed with weapons and … the good Samaritan with the (concealed handgun) license could have been injured as well. We just ask people to use their best judgment when they get into situations like this.”

Although Texas has liberal gun laws, firearms are prohibited in some locations. Rolling Oaks Mall general manager, Dustin Christensen, said in a statement that the shopping center prohibits guns on the property.

In theory, someone with a concealed or openly visible firearm could be charged with an offense in this kind of setting. Christensen said:

“Although we respect the laws of the state and individual rights, we do, however, maintain a separate code of conduct that we visibly post at our entrances that includes the prohibition of any weapons on the property.”

Under Texas Penal Code 30.06, it’s necessary to have specific signs posted with specified size and language in order for the signs to be legally effective. Christensen said shopper’s safety is a top priority.

Although Texas protects the right to bear arms under Article I, Section 23 of its constitution, the clause does not mean everyone may carry a gun, or that you can carry a gun wherever you want to.

You must have a carry permit and there are certain places you cannot have a firearm including:

This is a complicated area. If you assume you have blanket gun rights, you may end up in trouble with the law. Call our Fort Worth criminal defense attorneys for help today.