White collar charges such as bribery charges are all too common in the political arena in Texas. In a recent case Carlos Uresti, a Texas senator, was indicted on bribery charges.

The state senator is accused of misleading a former client who invested in a company in which he has a financial stake, reported the Texas Tribune.

In May, the senator was indicted by a federal grand jury on 11 charges related to his involvement in an alleged Ponzi investment scheme.

The San Antonio Democrat faces charged over his involvement in the now-bankrupt company FourWinds Logistics. 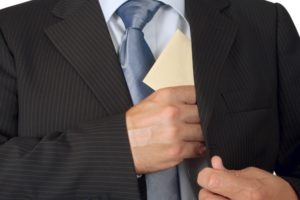 The company was set up to sell sand used in hydraulic fracturing, according to the Tribune.

He faces five substantive counts of wire fraud; two counts of securities fraud; one count of engaging in monetary transactions with property derived from specified unlawful activity; and a count of being an unregistered securities broker.

Another indictment related to a contract to provide medical services to a West Texas correctional facility. Vernon C. Farthing III, a colleague of the senator is accused of paying Uresti $10,000 a month as a marketing consultant.

Prosecutors claim half of the money went to an unspecified official in Reeves County to win over a vote to award the contract to Farthing’s company. Prosecutors claim this was the culmination of a 10-year scheme to commit money laundering and bribery.

A detailed probe published by the Express-News last year detailed the alleged involvement of Uresti in the company and the fraud allegations.

Uresti said the charges have no foundation and he will plead not guilty.

White collar crimes are complicated and entail lengthy investigations. We recently detailed how the Enron scandal was one of the biggest white collar matters in recent history in Texas.

The attorneys of the Medlin Law Firm in Fort Worth have more than 50 years of combined experience in complicated criminal defense matters. They are uniquely qualified to defend you if you have been hit by criminal charges of any nature.

Call us today for experienced representation in Fort Worth Texas.