Texas Prosecutor Sought to Use Facebook to Escape DWI

A Dallas County prosecutor is accused of pulling a favor with a city police officer while refusing to cooperate with a DWI arrest.

In July, Assistant DA Leah Lucius was arrested for a DWI by a Dallas cop. Court documents allege she tried to pull a favor, reported Fox News.

The channel reported Lucius was in a late night single vehicle crash blocks away from her home near White Rock Lake. A neighbor called 911 to report he’d seen a car airborne after hitting a tree.

The prosecutor’s Cadillac reportedly took out a stop sign, hit a tree and tore up a lawn. The car ripped up more lawns before smashing into a neighbor’s fence and breaking its gate. 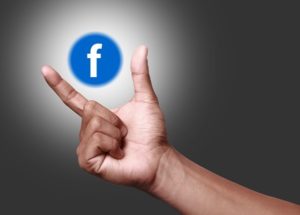 a prosecutor is accused of a social media threat

The affidavit for the arrest warrant says police found Lucius sitting in the automobile with bloodshot eyes.

Police said her breath smelled of alcohol. Her balance was reported to be unsteady and the right front tire was ripped off her car.

The affidavit said Lucius told one of the officers, “Can you give me a break? We are Facebook friends.”

She suspended the Assistant DA without pay pending the outcome of a probe into what police believe was a DWI crash.

If you are arrested for a suspected DWI you should be very careful about what you say to a police officer.

In a recent blog, we noted five things you should never do or say during a DWI arrest. Some are fairly obvious like admitting to drinking. However, defendants often say far too much and incriminate themselves.

It should go without saying that trying to pull a favor or to bribe a police officer will only incriminate you further and may lead to additional charges.

If you have been charged with a DWI, it’s essential to hire a veteran Fort Worth drunk driving defense lawyer. Please call us today for a free consultation about your case.