No refusal periods are carried out on occasions across Texas. When police run these operations, an officer will obtain a warrant to force a DWI suspect to have his or her blood drawn.

However, a campaign to extend no-refusal periods in one Texas county is proving controversial with judges. A report in Express-News noted how District Attorney Nicole Bishop’s drive to bring in a “no refusal” policy in Kendall County for DWI defendants is facing resistance among some local judges.

Under the no refusal policy, a police officer obtains a warrant to force a DWI suspect to get a blood draw to determine an alcohol level if a suspect refuses a breath test.

Typically, no refusal policies have been implemented over defined periods like holidays or at festivals rather than as a blanket policy. 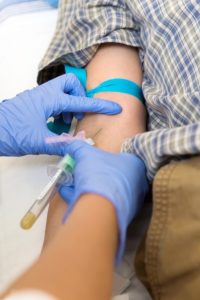 For instance, earlier this year, one of the longest “no-refusal” law enforcement initiatives was held from early March until the end of spring break on March 20 in Austin.

The initiative was meant to tackle drunk driving over the spring break and during the Austin-based film, music, and arts festival SXSW, police said.

Usually, campaigns are limited to weekends occur over holidays like the Fourth of July, Super Bowl weekend or New Year’s Eve.

In Kendall County, the D.A. has run up against opposition from judges. Bishop wanted to secure a state grant to fund a county initiative in 2018. She said:

“This may be something that we just have to work on and try again next year.”

Kendall County held a trial run of the program over the Father’s Day weekend that led to the arrests of five DWI suspects. However, a similar exercise was scrapped over the Independence Day weekend because no judge agreed to be on call to process search warrant applications for blood samples.

County Judge Darrel Lux sought guidance on whether he should process warrants over the Labor Day weekend.

District Judge Bill Palmer who has more legal experience was reported to be Bishop’s preferred choice to sign blood warrants.

However, Palmer works under a policy that directs police not to seek warrants for blood draws from suspected first time DWI suspects unless a defendant refuses field sobriety testing, killed or injured someone, was involved in an accident or had a child passenger when stopped.

Palmer declined to consider four after-hour warrant requests since mid-July from deputies seeking them outside the remit of his policy.

No refusal DWI campaigns remain controversial and spark legal concerns. If you have been charged with DWI, please contact our Fort Worth drunk driving defense lawyer today.