No Refusal DWI Initiatives Are Launched in Texas

No-refusal DWI campaigns are controversial in Texas. However, certain cities continue to implement them around holiday periods.

In Austin, one of the longest “no-refusal” law enforcement initiatives lasted from early March until the end of spring break on March 20, reported Austin Patch.

The effort was designed to curb drunk driving over the span of the spring break and during the Austin-based film, music, and arts festival SXSW, according to police.

Under no-refusal campaigns police can draw blood for motorists who decline to be tested for drunk driving. 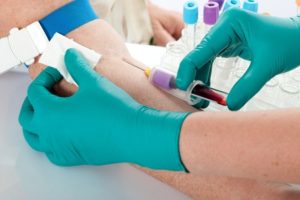 Blood tests are taken during no refusal DWI periods

Typically, these campaigns are limited to weekends and take place at times like Super Bowl weekend or the days preceding the Fourth of July or New Year’s Eve. Austin police said its March effort was more amplified and went into effect from 9 p.m. to 5 a.m. each day. Austin police stated in a press release:

“This initiative is an effort to enforce DWI laws, keep the public safe by encouraging drivers to make responsible decisions, and to apply for blood search warrants on suspects who refuse to provide a breath or blood specimen as required by law.”

How Legitimate are No-Refusal DWI Campaigns in Texas?

No-refusal campaigns remain contentious. The Houston Chronicle reported in 2011 about how overheating in DWI vans used in a no-refusal campaign in the city led to inaccurate testing results.

Despite the name of the campaign, drivers do have a right to refuse tests. Typically, if a refusal takes place, the process for obtaining a blood test is expedited.

If you decline a blood test, a search warrant must be obtained for the police to take a sample of your blood. The U.S Supreme Court reaffirmed the need for a warrant for a blood test in an important 2016 case.

Police are usually provided with additional resources during no-refusal campaigns to carry out blood tests. In some cases, a magistrate may be on hand around the clock to sign affidavits for search warrants. Medical staff may also be mobilized to carry out the tests.

Our experienced Fort Worth DWI defense lawyer is well aware of the limitations of testing. During no-refusal campaigns, police officers may be overwhelmed. The likelihood of mistakes occurring can be higher. Read more about DWI defense here.