If you commit a crime at a young age, you may end up in the juvenile justice system. While facilities for teens are meant to be more humane than adult prisons, the Texas Juvenile Justice Department is battling a tarnished image that its state lockups are out of control and places of violence and fear.

Legislators talked about juvenile justice as they considered raising the age that teens are dealt with in adult courts. At present 17-year-olds are tried as adults and end up in adult jails. 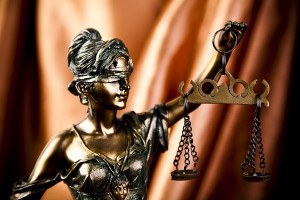 juvenile justice is under fire in Texas

It’s a change that has been sought by youth advocates and criminal justice experts for the last few years. It would bring Texas in line with most other U.S. states that already set 18 as the age of adulthood in criminal proceedings.

However, Whitmire expressed concern at the ability of Texas’ juvenile justice system to accept more young people. He claimed the change would inundate existing programs to a system that is already overwhelmed and broken and short of cash.

He said Texas’ juvenile justice system needs to be repaired through the injection of large amounts of money.

Whitmire said he often takes calls about riots at juvenile facilities in the state. He said employees at the Juvenile Justice Department are scared to go to work.

A memorandum from the agency appeared to back up his claims by citing a turnover rate for the fiscal year 2017 which is likely to approach 40 percent.

The agency has asked for more than $13 million to recruit new members of staff and to retain current ones. Department Executive Director David Reilly took issue with the committee’s characterization of his department. However, he told the Tribune, fear is a reality and gaining a higher staff presence in facilities would help reduce incidents and staff assaults.

Notwithstanding the issues in the juvenile justice system, there are advantages in taking juveniles out of the adult jail system in Texas.

Programs in the juvenile justice system are geared toward rehabilitation whereas adult jails are meant to be for punishment. A criminal record in the adult system, will impact you and impede your ability to get a job and leave your criminal life behind.

As a teen charged with a crime, it may feel like your world is collapsing. Both juvenile facilities and adult prisons have a bad reputation in Texas. It’s vital to hire an experienced Texas criminal defense lawyer to fight your case. Call us today about your case.