Ten Felons Who Were Wrongly Convicted

The arrival of routine DNA testing transformed the face of criminal justice. It meant many people who lost their liberty and were wrongly convicted of serious crimes like murder, rape and manslaughter, were cleared.

Justice did not come overnight. We have no doubt there are many people languishing in the jails and prisons of Texas who are innocent. 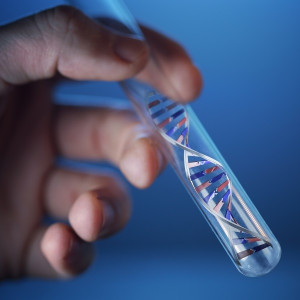 Here are some of the highest profile wrongly convicted felons.

A former Marine, Kirk Bloodsworth, was the first offender who was sentenced to death to be cleared by DNA. Back in 1984, a nine-year-old girl was found dead on the Eastern Shore of Maryland. She was sexually assaulted, strangled, and had been hit with a rock.

Bloodsworth, a waterman on the Eastern Shore, was arrested after police received an anonymous call telling them he was with the victim on the day of her death. An identification was made by a witness from a police sketch shown on TV.

Bloodsworth was 22 at the time. He served nine years in prison. In 1992, DNA testing on the clothes of the victim excluded Bloodsworth and he was released from incarceration.

Cornelius Dupree Jr. could have had his sentence cut short had he admitted to being a sex offender. He refused and maintained his innocence in a 1979 rape and robbery. Dupree from Texas paid a heavy price.

He was sentenced to 75 years in prison in 1980 for the robbery and rape of a 26-year-old Dallas woman. He was released 30 years later in 2011. Soon after his release, DNA test results proving his innocence in the sexual assault.

David Lee Wiggins of Fort Worth in Texas was freed in 2012 after DNA tests proved he did not rape a 14-year-old girl back in 1988.

He was imprisoned in 1989 after being convicted of aggravated sexual assault. The teen identified him even though her attacker concealed his face during the attack. Police said Wiggins looked familiar from a line up.

Wiggins was freed after 24 years in jail when DNA evidence cleared him.

Wilton Dedge requested post-conviction DNA testing in 1996. His request was not granted until eight years later in 2004. Dedge was convicted in 1982 of sexual battery, aggravated battery, and burglary in Brevard County, Florida.

He received two concurrent life sentences. A rape kit was taken from the rape victim. Mitochondrial DNA testing later proved that a pubic hair did not come from Dedge. He was released and exonerated.

Originally from Fort Worth, Sonia Cacy was convicted of the murder of her uncle Bill Richardson in 1993. A jury decided she used an accelerant and set him on fire.

A forensic expert later questioned prosecution evidence concerning traces of an accelerant at the death scene.

He said the residue appeared to be from a foam mattress that burned. Richardson was a chain smoker who would often drop cigarettes.

Cacy was jailed in 1993 and released in 1998. Her murder conviction was not overturned until last year.

Rainge was sentenced to life imprisonment in Chicago in 1979. He was arrested after a young couple, were abducted from gas station and taken to an abandoned house. The young woman was raped both were shot dead.

Rainge spent more than 17 years behind bars. He was exonerated when new DNA evidence revealed the identity of the true perpetrator of a rape and murder he was jailed for.

Anthony Porter narrowly escaped execution for a crime he didn’t commit. He received a death sentence for the fatal shooting of two teens in Chicago in 1982.

Just over two days before he was due to be killed by lethal injection, the state supreme court gave him a stay of execution on the grounds of mentally incapacity.

Further investigations into Porter’s case during that stay led to a key witness recanting his story and another man confessing to the killings. Porter was freed from prison two days later.

Michael Blair was exonerated in 2008. The Collin County court in Texas dismissed capital murder charges against Blair who was languishing on death row for the 1993 murder of Ashley Estell.

Blair was convicted in 1994. It took more than 10 years of legal appeals and requests for DNA testing, before hair evidence used to convict Blair was shown to be mistaken. The Texas Court of Criminal Appeals said no reasonable jury would convict Blair based on the existing evidence. Hair comparison evidence has since become discredited across the country.

DNA evidence implicated another man. He committed a similar murder in Texas two years after the killing of Morton’s wife.

Anthony Capozzi was convicted of committing two sexual assaults in Buffalo, New York, in the mid-1980s.

He spent more than 20 years in prison before DNA tests proved his innocence and revealed the identity of the true perpetrator who was responsible for many murders and rapes while Capozzi was in his prison cell. Capozzi’s mother campaigned tirelessly for his release.

These 10 miscarriages of justice only represent the tip of the iceberg. Organizations like the Innocence Project campaign to address wrongful convictions. If you have are fighting a conviction, we can help you. Call the Medlin Law Firm at (682) 204-4066.