People convicted of drunk driving in Tarrant County may have underlying alcohol problems. The county is unusual in Texas in having a four-year alcohol intervention program. It’s a program that has its champions but is threatened by chronic underfunding.

In a recent interview, The Star-Telegram featured Farris Hamideh, a self-confessed “binge alcoholic” who was arrested three times in nine years for DWI.

Hamideh’s life was turned around by his participation in a Tarrant County court program that seeks to rehabilitate chronic DWI offenders.

Rather than incarceration, the program attempts to address the root cause of their crime – alcoholism. 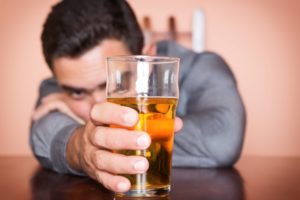 Alcohol intervention program in Tarrant County is under threat

The Star-Telegram reported the former DWI offender from Fort Worth, hasn’t drunk alcohol since he was arrested on July 4, 2012.

He is now employed as a self-employed car wholesaler. He survived two divorces and has maintained his relationships with two college-age daughters and fourth-grade son.

Hamideh said the four-year-long Felony Alcohol Intervention Program proved to be vital in keeping him off the bottle and prevented him from driving drunk.

The Star-Telegram reported the comments of officials that Hamideh and offenders like him should not have been in the Felony Alcohol Intervention Program in the first place.

The Texas Criminal Justice Division has determined four out of five participants in the probation program shouldn’t be in it.

The governor’s office stated data reveals most DWI offenders are at a small risk of being arrested again. Officials say programs of this nature are for high-risk offenders.

It’s an approach that reflects an ever-shrinking pool of cash to distribute to a growing number of court programs in Texas that are requesting larger grants. The restrictions led the state to strip the Tarrant County program of $140,000 it was sending to treat 150 participants each year.

At the Medlin Law Firm, we are well aware of the pressures that lead people to re-offend and the fact that jail is seldom the answer. These programs help go to the root of the issue.

If you have been charged with an intoxicated driving offense in Tarrant County, please contact us today.