The question of whether felony convictions should be allowed if the jury was not unanimous may be tested before the U.S. Supreme Court, which is looking at the issue of non-unanimous jury verdicts.

The highest court in the land is considering whether to look at state laws that allow felony convictions by non-unanimous jury decisions.

The state of Oregon has a longstanding law allowing these verdicts. Louisiana is the only other state that allows a felony conviction on a 10-to-2 jury vote.

An article in The Newberg Graphic stated lawyers for defendant Dale Lambert argue the court should overturn a previous ruling that the non-unanimous jury verdicts in Oregon and Louisiana are constitutional.

The petition filed by Lambert’s attorneys claims the states’ statutes deprive defendants of equal protection under the law and their right to have their charges considered by a jury of 12 of their peers. 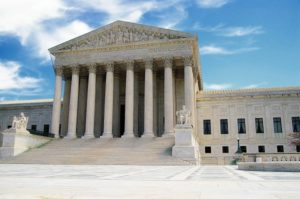 “This law essentially eviscerates the idea that you are entitled to a jury of your peers when you are a black person who resides in Oregon, because statistically speaking, you are lucky if you get even one juror who is black, and that juror’s voice may just not count at all.”

Lambert was convicted of second-degree murder by a 10-to-2 guilty verdict. He was accused over the deadly shooting of a man in Louisiana’s Orleans Parish in 2013.

Opponents of the laws in Oregon and Louisiana argue they were enacted for racist reasons.

Oregon’s law was backed by voters in 1934. It reportedly followed an anti-Semitic reaction to a juror who held out on the conviction of a Jewish man of first-degree murder in the death of a Protestant.

Louisiana’s majority verdict system was introduced in the 1898 Constitution as part of measures to “establish the supremacy of the white race,” researchers in a recent article in the Oregon Law Review claim.

The U.S. Supreme Court Louisiana and Oregon’s jury laws in 1972. In the years since, the understanding of the detrimental effect of non-unanimous jury verdicts on people of color, has increased, according to Professor Aliza Kaplan, director of the Criminal Justice Reform Clinic at Lewis & Clark.

In Texas, there are many questions about the fairness of trials as well as the grand jury system, we noted on our blog.