Reward of $6,000 is Offered for Information on Cold Case Killing of a Teen in Texas

Cold cases by their very nature are crimes which the trail has gone cold on. On occasions, there is a sudden upsurge of interest in these cases.

Over the summer, the Texas Department of Public Safety (DPS) increased its reward to anyone with information on the 1988 murder of Michael Flores in Rio Hondo near Brownsville.

The department upped its reward to $6,000 for information that leads to the arrest of those responsible for the 1988 killing, reported Big Country.

Cases on the Texas Rangers’ Unsolved Homicides website typically offer a $3,000 reward for information leading to an arrest

Flores was found dead on Sept. 26. He was in the 200 block of Forrest Street in Rio Hondo.

Police reported the 15-year-old returned home at about 9:30 p.m. He attended a band practice earlier in the evening. He went to his bedroom and began listening to the radio. 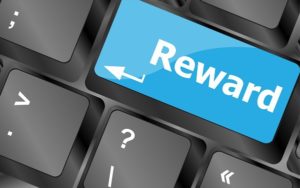 Later that night, occupants of the home reported they heard a gunshot. They found Flores in his bedroom bleeding from a gunshot wound. He was pronounced dead at the shooting scene.

Police said the gunshot that killed the teen was fired from outside of the house.

The Texas Rangers feature a cold case every month in an attempt to keep these cases alive. People with information relating to a case can submit it via the Texas Rangers Cold Case website.
The DPS Texas Rangers’ Unsolved Homicides website contains information on more than 75 cases.  Texas Crime Stoppers offers rewards that are funded via the Governor’s Criminal Justice Division and administered by DPS.

Typically, these rewards are up to $3,000 for any information that results in the arrests of those responsible for any Rangers cold case listed on the website. The Texas Crime Stoppers reward is upped to $6,000 for the monthly featured case in the hope the increased reward will lead to more information to come forward.

Earlier this year, a new crime reward program was announced by the Office of the Governor, The Texas Department of Public Safety (DPS), and Texas Crime Stoppers.

However, in our blog, we question the effectiveness of rewards programs after so much time has elapsed.

An article on In Legal drew attention to the drawbacks of rewards programs. It pointed out fear is a significant factor that stops witnesses from coming forward. Even when money is offered to a possible witness, it may not be enough to deal with the fear factor.

Cold cases are problematic by their very nature. Evidence is old and recollections can be blurred by time.

If you have been charged with a serious offense like murder or manslaughter, please call our Texas criminal defense lawyers today.