A new crime rewards program intended to generate leads in cold or unsolved cases has been announced in Texas by the Office of the Governor, The Texas Department of Public Safety (DPS), and Texas Crime Stoppers.

Cold cases are some of the most difficult cases to solve and often require an incentive for witnesses to come forward or a lucky break.

The new program is related to the Texas Ranger Unsolved Crimes Investigation Program. A press release from the office of governor Greg Abbott said the program is designed to generate new investigative leads in old cases. 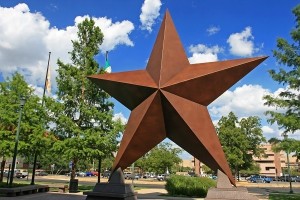 “It is a tremendous affront to society when a heinous crime like murder goes unsolved, and the state of Texas has an obligation to the victims and our communities to help ensure justice is ultimately served.”

The governor said the new reward program was set up to help victims of crimes and bring overdue closure to individuals and families affected by them.

The program will provide rewards payouts of up to $3,000 for people who can provide any information that leads to the arrests in the cold cases listed on the DPS Unsolved Homicides website.

Two years ago in 2015, DPS launched a public awareness campaign related to unsolved killings. It featuring one unsolved case every month in a bid to generate new leads and highlight Texas cold cases.

Crime Stoppers will offer boosted rewards up to $6,000 for each featured case, if the tip arrives before the next case is featured in the following month.

Although rewards make headlines, there is some debate whether financial incentives lead crimes to be solved.

Crime Rewards – Are They Effective?

An article on BBC highlights the drawbacks with rewards. The article argues fear is one of the most significant factors that stops witnesses coming forward. Even if cash is offered to a possible witness, it may not be enough to overcome his or her fear.

Although tips are anonymous, in some cases witnesses will have to give their names to the police. While the police do a good job of protecting identities, the word-of-mouth system can be problematic.

DPS Director Steven McCraw said victims and their loved ones deserve justice. The DPS said tips can be offered anonymously, and tipsters will be provided a tip number instead of using their names.

If you have been charged with a serious crime like a homicide, sexual assault or any other crime in Tarrant County, please call our criminal defense attorney. Read more about the Medlin Law Firm here.