Felony DWIs are likely to land you in jail for a long time, in some cases life. Recently, a man from Montgomery County in Texas was handed a life sentence after five felony DWI offenses.

A report on KHOU noted how 62-year-old Michael Allen Martz was jailed for life over the summer.

He was found guilty of driving while intoxicated (DWI) 3rd or More – a third-degree felony.

Prosecutors said last year, Martz drove a truck to a Kroger superstore in Porter. He almost hit a woman who was driving with her children in her car. 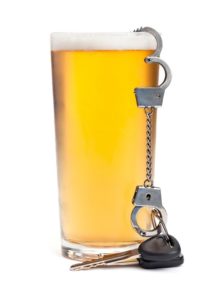 The woman reported his dangerous driving. She called the police, described the truck and the license plate, and told the authorities Martz was driving recklessly around the parking lot of the store.

When state troopers showed up they found Martz was buying alcohol inside the store. Officials said he was unsteady on his feet, reeked of alcohol, and failed field sobriety tests they administered.

The driver gave a voluntary blood sample. Officials said it revealed he had alcohol, marijuana, Xanax, Soma, and Hydrocodone in his system.

Martz’s life sentence followed a string of previous convictions. He received two misdemeanor counts of DWI in July 1987. He was then sentenced to three years in prison for two felony counts of DWI in 1989.

The report said Martz was sentenced to 15 years in prison in 2001 for a DWI. He had finished his parole shortly before committing the latest offense, according to officials.

Martz’s minimum punishment was 25 years in prison due to two stints, the report stated.

The man from Montgomery County is just the latest defendant to receive a life sentence for DWI.

We recently noted the case of Donald Middleton, a 56-year-old from Houston who received his first DWI conviction in 1980 and has racked them up ever since.

Courts and judges take a very tough approach with serial DWI offenders.  Nevertheless, there can be mitigating circumstances even for repeat drunk drivers. Your past may have been used against you unfairly or there may have been a miscarriage of justice.