The costs of the criminal process in Texas can be high, particularly when the defendant in the dock is the attorney general. The white collar prosecution against Ken Paxton has already seen many legal maneuvers and now the cost of prosecuting him has hit more than $617,000.

The Dallas Morning News reported the information comes from an invoice submitted in January. Three attorneys representing the state of Texas in its criminal proceeding against Paxton racked up $510,726 in costs since he was indicted in the summer of 2015.

Recently, a bill of a further $205,191 was added, including another year’s worth of additional fees and expenses. 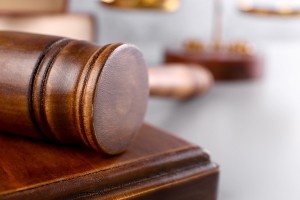 The Dallas Morning News report pointed out Collin County is battling a lawsuit from a taxpayer who is demanding officials refuse to pay prosecutors their hourly rate. That lawsuit alone cost the county a further $106,433.

The Collin County auditor said the total to date of Paxton-related costs is $617,159.

The case against Paxton highlights the complexity of white collar investigations into matters like fraud and corruption. We detailed the charges made against the attorney general.

The charges against Paxton pre-date his time as Texas’ Attorney General. He is accused of two counts of securities fraud and a single count of failing to register private business deals with state securities regulators.

The allegations relate to the time when he was a member of the Texas Legislature. Paxton denies the charges. His high-profile efforts to have them dismissed have so far been unsuccessful.

In late 2016, The U.S. Securities and Exchange Commission filed amended its civil charges against Paxton just two weeks after a federal judge dismissed the case against him.

Paxton is fighting similar criminal charges at the state level. He is accused of misleading investors in a company several years ago. He has maintained his innocence.

White collar prosecutions are costly and complicated. They also often entail severe sentences. However, there are many gray areas about what constitutes corruption in public life.

If you have been accused of a crime of this nature, please call our Fort Worth criminal defense lawyer at (682) 204-4066.