When public officials are charged with offenses they are usually white collar crimes.

These offenses can be very complicated and include corruption. Although they often lack the element of violence that causes public alarm about crime, they are frequently prosecuted in the federal courts and carry stiff penalties. 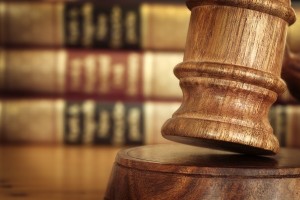 Attorney General Ken Paxton is the latest public official in Texas to be the subject of criminal charges.

A report in The Statesman this summer noted a state appeals court rejected Paxton’s motion to reconsider a ruling in early July that upheld criminal charges against him.

The report noted the motion failed to address the two most serious charges against the Attorney General. They claim Paxton committed fraud when soliciting investors in Servergy Inc. while not disclosing the fact he was being paid by the McKinney tech company. The 5th Court of Appeals in Dallas rejected the Attorney General’s bid to dismiss the first-degree felony charges in a ruling on June 1.

The Dallas court did not give a reason for its ruling. The order was just two sentences long.

The charges against Paxton pre-date his time as the Attorney General for Texas.  He is charged with two counts of securities fraud and a single count of failing to register private business deals with state securities regulators.  These charges relate to the time when he was a member of the Texas Legislature. Paxton denied the charges last year. His proactive efforts to have them dismissed have so far failed.

Paxton appealed the charged to the Court of Criminal Appeals, the Dallas Morning News reported.

Texas has a long record of criminal charges being brought against public officials. Earlier this year, the Court of Criminal Appeals cleared former governor Rick Perry of abuse of power allegations.

Perry was indicted in Travis County in 2014 of pressurizing the district attorney in Austin to step down by threatening to cut off all state funding to the anti-corruption unit in her department.

White collar offenses can be very complicated as illustrated recently by the federal indictment of former Virginia Governor Bob McDonnell and his wife. They were jailed for corruption only to have the convictions overturned on appeal. The federal charges have since been dismissed in a case which may led federal authorities to look again at charges against public officials.

If you have been charged with a white collar crime, our Fort Worth criminal defense attorney can help you. Contact us here for further information.