It’s not uncommon for police to crack cases years after the crimes occurred but the trail often goes colder with the passage of time. However, in Fort Worth, a man was recently convicted of a murder committed 44 years ago.

Melvin Knox sought probation over the shooting and stabbing death of his 14-year-old best friend in 1973, the Star-Telegram reported.

A judge sentenced him to 40 years in prison.

Knox, 59, told the court that when he was 15, he was playing around with a shotgun he didn’t realize was loaded. He pointed the gun at Donald Rodgers and pulled the trigger with devastating results. 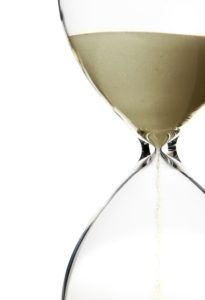 Knox said in his testimony he recalled going to get a knife from a kitchen drawer after shooting Rogers in the face. He claimed he didn’t remember stabbing his best friend seven times. Knox said he had no recollection of staging his home to make it appear as if Donald was killed by an intruder.

The Star-Telegram reported Knox was initially arrested for the murder, but he was later released. He said he promised a former defense attorney he would not talk about the bloody events of Aug. 7, 1973. Knox said he turned to alcohol and drugs in the vain hope it would help him forget about the crime.

Knox confessed to the killing more than a year ago. He said it lifted some of the burden of guilt. He pleaded guilty to murder.

Knox sought a probation sentence for the killing. He told the court he was a caregiver to his sick parent and sister. He said he helps others who are in need in the Fort Worth community.

District Judge Wayne Salvant was unmoved. He noted the six convictions Knox accrued since the killing of his friend as a teenager. The judge said the victim’s family deserved justice. He said:

“Do you think you deserve probation for all you’ve done?” “You committed a heinous crime, you tried to cover it up, then in the past 40 years, you’ve basically been a criminal … So probation is not even an issue, not for this court.”

There are many cold cases in Texas. After many years, witnesses often die or recollections become cloudy. There are often serious evidential issues. However, the state is prioritizing cold case clear-ups via a new rewards program.

If you have been charged with a crime in Texas, you should hire an experienced criminal defense lawyer. Call The Medlin Law Firm today.