The case of so-called “Affluenza teen” Ethan Couch and his family is not departing from the news headlines any time soon.

In the latest twist, a jury in Tarrant County found Fred Couch, the father of the teen guilty of a misdemeanor charge of false identification as a peace officer. The issue related to a 2014 case involving North Richland Hills Police.

Ethan Couch made headlines during his trial in 2013 when an expert raised the possibility there is a defense of affluenza. The teen was driving drunk in southern Tarrant County when he crashed, killing four people. 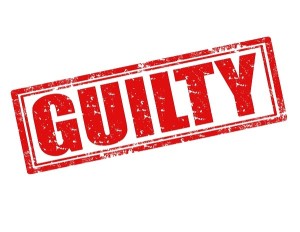 The controversial defense was derived from his trial. A psychologist testifying for the 16-year-old said he suffered from “affluenza.” He said Couch was spoiled by his parents and was not capable of knowing right from wrong.

Dick Miller, the psychologist who used the term, later said he regretted using the term. However, it stuck.

When Couch was convicted of intoxication manslaughter the judge sentenced him to 10 years of probation in the juvenile system. The families of the victims were outraged. They claimed Couch’s family’s wealth kept him out of jail.

In a recent report The Star-Telegram reported Ethan Couch’s father was found guilty of a misdemeanor charge of false identification.

The 51-year-old Fred Couch was sentenced to 120 days in jail and a further 100 hours of community service. However, he was given a year’s probation instead of serving jail time, Tarrant County court records stated. Couch denied the charge.

A jury deliberated an hour-and-a-half before reaching its decision.

Couch carried a badge with the words “search and rescue” and “Lakeside police.” He was a member of Lakeside’s search-and-rescue team, his defense attorney stated.

It was a volunteer group that did not include police or reserve officers. His defense lawyer said he was simply trying to help his community and may have been targeted because of his family connection.

Prosecutor Lloyd Whelchel said Couch was asked if he was a reserve police officer and he incorrectly said he was. He also had a badge.

Jurors were shown a dashcam video in which he told police he was a reserve officer.

Last May, Ethan Couch’s mother Tonya Couch was indicted by a grand jury on charges of hindering apprehension of a known felon and money laundering. ABC news reported.

Couch was meant to check in with his probation officer. However, he was accused of fleeing to Mexico with his mother.

The Medlin Law Firm provides vigorous defense in and around Fort Worth. Read this overview of our criminal law firm or call at (682) 204-4066.