Family of Man Who Died After Unlawful Stop by Texas Police Officer is Awarded $6.3 Million

Police in Texas do not always follow the rules during traffic stops. On occasions, intimidation and physical force are used. Recently, the family of a man who lost his life after an unlawful stop by a Texas police officer was awarded more than $6 million.

The man from Iowa died nearly four years ago after he was forcibly arrested by an off-duty Texas police officer. His family was awarded $6.3 million by a federal judge in a wrongful death lawsuit.

A report in the Des Moines Register noted 70-year-old William Livezey Jr., died from a heart attack while he was in handcuffs on the side of a road in Malakoff, Texas in 2013.

In September, a federal judge ordered Ernesto Fierro, a onetime police officer, to surrender his peace officer’s license in Texas due to the incident and to pay a judgment to Livezey’s wife and four children. 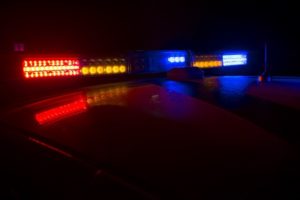 The family from Iowa filed a lawsuit against Fierro, his police chief, and the city of Malakoff in Texas back in April 2014 claiming unlawful arrest and use of excessive force.

The city of Malakoff and Police Chief Billy Mitchell was later dropped from the lawsuit.

The confrontation between the off-duty police officer and Livezey appeared to follow a road rage incident.

Livezey was delivering barn lumber from a business he owned in Taintor, Iowa, to a client in Houston when he was pulled over by Fierro, who was off-duty at the time.

Fierro was to later claim that Livezey, suffered from road rage and almost killed him while he was riding his motorcycle.

The officer’s claim was contradicted by eyewitnesses who saw the off-duty police officer’s motorcycle weave from side to side and appear in front of Livezey’s truck at least 15 times, forcing the truck onto the shoulder.  Fierro was accused of kicking the truck’s tire, witnesses told police.

Fierro stopped Livezey, put him in handcuffs, and informed him he was under arrest for aggravated assault.  The 70-year-old told Fierro he wasn’t feeling well.

When police backup arrived, Livezey said his chest was hurting and he feared the officer was going to hurt him, according to the lawsuit. Fierro countered that Livezey was faking to avoid going to jail.

The handcuffs were taken off Livezey. He was placed in a car, where he stopped breathing. He was declared dead from a heart attack soon after at a Texas hospital.

The lawsuit claimed Livezey’s constitutional rights were violated. He was placed under arrest and detained without probable cause. His lawyers claimed the handcuffing was illegal and led to the 70-year-olds’ death.

The officer was charged with aggravated assault with a deadly weapon, three counts of reckless driving, and official oppression. He admitted the charges and was sentenced to probation and community service.

Our Fort Worth criminal defense lawyers see many instances of police officers arresting suspects without probable cause. Often during DWI stops, a driver may be stopped without due cause. In these cases, evidence gathered at the scene is not admissible in court.

Find out more about your rights during a police stop or call our Texas criminal defense lawyers today.