Police often use social media as a tool to crack crime. In Kaufman in Texas, investigators used a woman’s Facebook selfies to help find her.

North Texas mother Megan Boulter was tracked down via social media and the numerous selfies she posted.

The Kaufman Police Department reposted Boulter’s selfies and used them to find the woman accused of shoplifting with her 5-year-old daughter. Investigators reported she tried to run over the security guard attempting to stop her, reported Fox News.

After 10 days on the run, the 25-year-old turned herself into the Kaufman Police Department.

The mother was allegedly seen shoplifting at Wal-Mart in Kaufman by a loss prevention officer. Police said she had her five-year-old daughter with her. 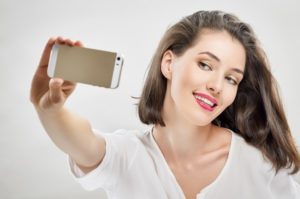 Police said the shoplifting offense became a robbery when Boulter tried to run over the loss prevention officer twice with her red 2013 Dodge Challenger. The officer was not injured.

However, Boulter led police on a 90 mph chase after the incident with her daughter in the car.

A search then took place for Boulter. Police said she was believed to be hiding between Kaufman, Van Zandt, and Dallas County with the help of a male friend.

To help their investigation, Kaufman Police asked for help on the social media site Facebook. They posted photos taken from Boulter’s account.

The case highlights how a simple shoplifting offense can quickly escalate. Boulter was charged with multiple felony counts of child endangerment, evading arrest and aggravated robbery.

We have previously noted how social media plays a major role in investigations. For instance, a Snapshat recording of cruelty toward a dog on led to a prosecution in Waco in central Texas.

Anything posted on social media is fair game to be used against you in a criminal proceeding. Yet people continue to use media like Facebook Live to record themselves committing crimes.

In some cases, criminals have taken disturbing and incriminating selfies posted on social media.

In July, a man from Maryland arrested in the strangulation of his stepfather allegedly took selfies by the body and posted them online before he was taken into custody.

Police arrested Navar Beverly, 38, in the death Saturday of 65-year-old Rodney Pinkney in a home in Bowie, WRC-TV reported. Cops allegedly found the disturbing pictures on his Twitter account.

Details of crimes or investigations should never be posted on social media. If you have been charged with a crime, call our Tarrant County criminal defense lawyers today.