A shocking animal cruelty case in Texas was recently caught on social media. A group of young people allegedly shot a dog and placed fire crackers in the animal to set it on fire.

The story made headlines in October. The Houston Chronicle reported police started looking into the incident after a cell phone recording of Snapchat video of the incident was posted on Facebook. The report said tips led authorities to a town outside Waco in central Texas. 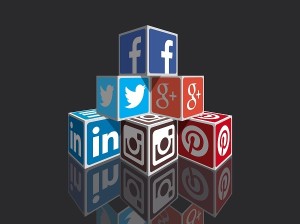 The shocking footage went viral and was viewed more than 2 million times after a woman saw it and shared it on Facebook.

After witnessing the video, the dog’s owner, James Plant, identified his deceased pet and spoke to a TV station. He said he only discovered the loss of his pet after he saw the animal’s death on social media.

The report said Hewitt police launched an investigation and found the incident took place outside city limits in the jurisdiction of the McLennan County Sheriff’s Department near China Spring.

The case highlights how social media evidence is increasingly being used in crimes against animals. In some cases, offenders appear to be posting details of their own crimes on social media. Earlier this year, a man in the Austin area was charged with hunting without a license after he was filmed on Facebook beating a turtle with a hammer. He was not charged with animal cruelty because a turtle is classified as a wild animal, highlighting the narrow nature of crimes against animals in Texas. However, pets like cats and dogs are subject to animal cruelty laws in Texas.

The Sentences for Animal Cruelty Crimes in Texas

Animal cruelty was established as a felony in Texas in 2001 when “Loco’s Law,” was enacted. The legislation was named after a dog whose eyes were intentionally gouged out. Animal cruelty is punishable by a $10,000 fine and up to two years in jail. The penalties for cruelty to non-farm animals are set out in the Texas Penal Code. Under Section 40.093 the animals are protected a number of types of mistreatment including:

These offenses are Class A misdemeanors unless the perpetrator has at least two previous offenses, in which case the crime becomes a state jail felony. Texas law has separate sanctions for cruelty to livestock animals and for assistance animals.

The Medlin Law Firm can advise you on animal cruelty offenses. If you have been charged with any offense you should never post comments related to the charge on social media. Call us at (682) 204-4066.