Earlier this year, 13 people on a Texas church bus lost their lives in what police say was a crash caused by drugged driving.

Jessica Melott, the daughter of one of the church bus victims, spoke to the TV channel.

Melott lost her mother Rhonda Allen. She was on a senior trip on March 27 with 13 other members of the New Braunfels church when tragedy struck.

The last thing Jessica Melott recalled saying was wishing her mother a great time when she dropped her off in the parking lot. 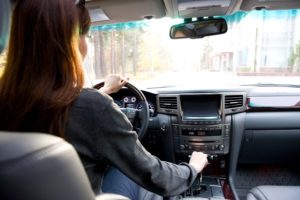 Drugged driving is a major issue in Texas

On the return trip, the bus was struck head-on by a truck driven 20-year-old Jack Dillon Young.

Just one person survived this devastating crash. A video taken by a witness showed the truck crossing the road’s white edge line 37 times in just 14 minutes leading up to the fatal impact.

Fox reported the comments of troopers that the pickup driver admitted taking the sleep aid Ambien, Lexapro which is an anti-depressant and Clonazepam, a drug used to treat anxiety and seizures.

Investigators said Young was also distracted by his phone. Troopers found marijuana in the center console.

Just as drugs like opiates have become a massive public health epidemic fueling crime, drugs are having a big impact on the roads.

TxDOT statistics from 2010 to 2016, point to a 47 percent rise in crashes in which drugged driving was a contributing factor. Over that same time period there was a 22 percent increase in drugged driving deaths.

“What we’re trying to do is come up with solutions, talk with the experts and get this conversation going on how we can get more officers trained so we can enforce drugged driving. And make sure we get those who choose to make those bad decisions off our streets and make our communities safer.”

Drugged driving is very complicated to diagnose in Texas. There is no fixed test as in the case of a DWI we note in our blog.

There is no fixed quality of drugs in the blood system that determines a conviction. If a driver has been consuming alcohol the prohibited blood/alcohol concentration (BAC) is 0.08 percent. It’s more difficult with drugs and convictions rely more on the judgment of an officer that may be flawed.

If you have been charged with drugged driving, please call our Tarrant County criminal defense lawyer today.