A 60-year-old driver involved in a human smuggling case that led to the deaths of 10 migrants in an overheated truck in San Antonio will not receive the death penalty.

The federal government raised the prospect of the death penalty in the indictment of James Bradley Jr. after the deaths in July at a WalMart near Interstate 35 in San Antonio.

He will face additional charges in the case after a grand jury returned a superseding indictment. 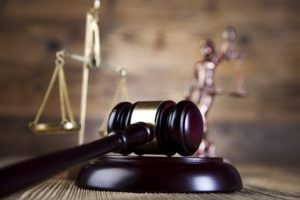 He faces a potential death penalty or life in prison after being charged with transporting and harboring undocumented aliens for financial gain resulting in serious bodily injury.

Bradley, the truck driver, told investigators the trailer he was hauling was sold. He claimed he was unaware migrants were inside.  He said he stopped at the store and exited the vehicle when he heard noises in the trailer which he then opened up.

Although Bradley will not face the death penalty, the trucker was hit with a series of very serious charges.

ABC News reported the trucker faces a prison term up to life for the conspiracy and transportation-resulting-in-death charges and up to a decade years in a federal facility for the firearm charge.

Human trafficking offenses are treated very seriously by the United States government. On occasions, these activities lead to tragedies and Texas has seen a number of deaths of undocumented migrants in overheated vehicles.

The federal government has funded local coalitions to fight this issue in Texas and elsewhere.

If you have been charged with an offense of this nature in Texas, please contact our Fort Worth criminal defense lawyers as soon as possible.