Human trafficking is a major issue in Texas where there is a lot of movement of migrants north from Mexico.

The United States Department of Justice has been pumping resources into the problem by funding local coalitions that are dedicated to fighting human trafficking and all of its related problems.

Recently, a $1.5 million grant was given to The Heart of Texas Human Trafficking Coalition (HOTHTC) to assist the group in its fight against human trafficking, reported News Channel 25.

The money will be split between law enforcement efforts and help groups which assist the victims of the crime. 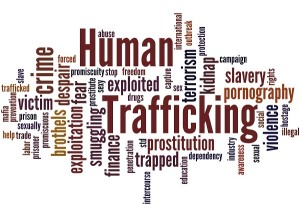 The TV report stated about $600,000 dollars will be allocated to the McLennan County Sheriff’s Office over a three-year period to fight human trafficking. The other $900,000 will go to several victim service organizations in McLennan County to help them help victims.

We are seeing these kinds of initiatives across Texas as the effort to target human traffickers is ramped up.

A recent report on the TV channel KXAN revealed the city of Houston in Texas has the highest number of human trafficking victims in the nation.

Texas receives the second highest number of calls in the nation to the National Human Trafficking Resources Center.

Last year, there were 330 human trafficking cases in the Lone Star State. The victims were predominantly female and more than one hundred of them were minors.

Penalties for Human Trafficking in Texas

Texas announced tougher laws on human trafficking in 2011. Senate Bill 24, created a new offense of compelling prostitution by adult and child victims. It also tightened up parole and bail related to the offense.

Trafficking children was elevated to a first-degree felony punishable by five to 99 years to life in prison, as well a fine of up to $10,000.

If you are convicted of sex trafficking, you will have to register with the Texas Sex Offender Registry. The new law that was signed by former Governor Rick Perry gave judges in Texas the discretion to order people convicted of human traffickers to serve consecutive instead of concurrent sentences.

Human trafficking is taken very seriously in Texas. Sometimes people who are charged with the offense are unfamiliar with the laws and do not speak fluent English. If you are hit with these charges, it’s important to hire an experienced Texas criminal defense lawyer from the outset.

Call Gary Medlin for experienced representation in Fort Worth and the surrounding area at (682) 204-4066.