The question of whether police in Texas and elsewhere need to obtain a search warrant is a hot topic in criminal justice at present.

This important Fourth Amendment issue is scheduled to come before the U.S. Supreme Court which has agreed to hear the case of Carpenter v. United States.

The justices are expected to clarify the question of whether the Fourth Amendment protects government access to historical cell site information.

The Supreme Court agreed to review the decision of the U.S. Court of Appeals for the 6th Circuit’s decision. 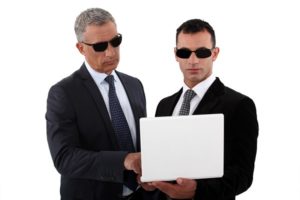 Do police need search warrants to get your electronic information?

Writing in The Washington Post, Orin Kerr, a professor at George Washington University Law School, said the decision of the high court to take on the case is momentous.

“It’s not an exaggeration to say that the future of surveillance law hinges on how the Supreme Court rules in the case,” he wrote.

The case concerned a series of robberies over two years. A group of at least five men went into cellphone stores armed with guns, ordered customers and employees to the back of the stores and stole phones.

Carpenter headed up the conspiracy. He often supplied the guns, acted as a lookout and signaled when each robbery was due to start.

One of the co-conspirators confessed to the offenses. He provided his cellphone number and those of the other conspirators. He gave them 16 phone numbers.

Prosecutors applied for three different court orders to obtain the cell-site records associated with those numbers including Carpenter’s number.

Specifically, the orders sought “cell site information” for Carpenter’s phone “at call origination and at call termination for incoming and outgoing calls.”

The orders were obtained under the Stored Communications Act. The government’s actions were in compliance with the law, but the statute requires only reasonable suspicion and not probable cause.

The order relating to Carpenter was directed at his cellphone provider MetroPCS. The provider gave up 127 days of historical cell-site records.

Sprint gave a further seven days of historical cell-site records from his phone during a period when he was “roaming.”

These records were important to the case because they demonstrated that the phones of the alleged conspirators were within a half-mile up to two miles of the robberies at the time the offenses were committed.

However, the records were obtained without search warrants.

The U.S. Supreme Court will decide whether a warrantless search and seizure of the movements of a cell phone users over 127 days is permitted by the Fourth Amendment.

This is an important case concerning your right to privacy. The Supreme Court case will have a bearing on how much access police can be granted to your phone’s contents without a search warrant.

Your Fourth Amendment rights are important in a wide variety of situations from traffic stops on suspicion of drunk driving to drug searches and searches of electronic communications.

Contact our Fort Worth criminal defense lawyers here for a free consultation.