Crime Bills Are on the Agenda in Texas Special Legislative Session

A report on CNN noted the issues on the agenda of the special session that started on July 18 included abortion and the controversial bathroom bill as well as school choice.

The special session is a gathering of state lawmakers outside the constitutionally mandated 140-day regular session.

The announcement came at the end of a controversial legislative session in which Abbott was accused of pushing a Republican agenda. 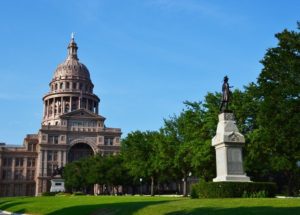 However, Lt. Gov. Dan Patrick, welcomed a “big and bold” agenda that he said reflected the priorities of the people of Texas.

Patrick was a major backer of one of the most contentious pieces of legislation, the so-called bathroom bill which is labeled “privacy.”

The bill would stop transgender students from using bathroom facilities that match the gender they identify with.

We discussed the ‘bathroom bill’ in a recent blog. Although there appears to be little scope for the criminal law in such legislation, we noted how a city in Alabama has passed a bill that could jail people who used what was deemed to be the incorrect bathroom for up to six months.

Abortion is another controversial issue in the Texas legislative package.

One proposal would require women to pay an additional premium if they wanted insurance to cover elective complications. Another measure prevents state and local agencies from contracting with abortion providers.

New abortion restrictions were approved in May, noted the Texas Tribune.

An amendment added to the bill in the House would also stop providers from performing dilation and evacuation abortions.

This is a common second-trimester procedure in which doctors use surgical instruments to remove pieces of fetal tissue — unless the fetus is already dead. Opponents of abortions call the procedure “dismemberment abortions.”

The legislation means a wide range of people who assist these kinds of abortions can be criminalized.

In the legislature, Representative Joe Moody, a former prosecutor, said people open to criminal charges might include the doctor who carried out the dilation and evacuation abortion, a receptionist who booked the appointment and someone who drove the woman to the clinic. Even a bank teller who cashed the check that paid for the abortion could be charged.

Moody said he thought this was an unintended consequence of the legislation. However, his amendment to restrict those who could be prosecuted failed.

A texting and driving measure will also be discussed at the special session. Abbot signed a statewide ban on texting in June but said the measure did not meet all of his goals in relation to pre-empting cities, reported the Texas Tribune.

“I was not satisfied with the law as it was written. Now that Texas does have a statewide ban on texting and driving, I am calling for legislation that fully pre-empts cities and counties from any regulation of mobile devices in vehicles. We don’t need a patchwork quilt of regulations that dictate driving practices in Texas.”

The criminal laws of Texas are in a constant state of flux. If you have been charged with an offense in Fort Worth, Dallas or the surrounding area, please call The Medlin Law Firm today.