Corruption charges are no stranger to politicians in Texas. They have dogged 08 in recent months.

In January, the Texas Tribune reported how former staffers accused Dukes of seeking reimbursement from the state for travel payments she was not entitled to claim.

The state auditor’s office investigated her use of state workers for personal projects. Last April, the Texas Rangers joined the criminal investigation into the politician’s alleged behavior and gave their findings to the Travis County District Attorney’s Office. Dukes denies misusing legislative staffers or funding.

Earlier this year, a grand jury indicted the Democrat from Austin on abuse-of-office charges, the Travis County District Attorney’s office confirmed. She could face up to 28 years in jail and fines as high as $138,000. 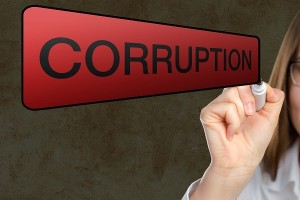 The first indictment alleges 13 counts of tampering with a governmental record. The offense is a felony punishable by up to two years in jail and a fine of up to $10,000. The Tribune reported the indictment was based on allegations that Dukes made false entries on travel vouchers to receive money for expenses she was not entitled to, according to a press release from Travis County District Attorney Margaret Moore.

Dukes received two separate indictments alleging she abused her official capacity as a public servant, a misdemeanor punishable by up to a year in jail and a fine of no more than $4,000.

Rep. Dukes is accused of misusing public funds for her personal gain.

After the grand jury hearing, Dukes maintained her seat on the influential House Appropriations Committee, notwithstanding the felony corruption charges and an absence from the house for nine of 14 days, reported The Statesman.

However, the article pointed out she was not named chairwoman or vice-chairwoman of any committee, despite her long service.

Texas has seen a string of high-profile public corruption cases in recent years. The most prominent case before the courts at present concerns Attorney General Ken Paxton.

The case against Paxton includes securities fraud and dates to a time before he was attorney general. You can read more about the case here.

White collar corruption cases are lengthy and complicated. In many cases, a defendant is acquitted after months of legal proceedings. If you have been charged with a crime of this nature, call our Tarrant County criminal defense lawyer today.