In some cases, a trivial dispute or a falling out can lead to sudden violence. Police say a man fatally shot a neighbor and critically injured two others because they sprayed water on his vehicle.

The incident happened in Cedar Hill south west of Dallas in October 2017. The Star-Telegram reported Danny Howard Silvers was charged with murder over the alleged killing of Jeri Lee Edwards, 60 in Cedar Hill.

Two other victims remained hospitalized the next day after the shooting in the 300 block of Halifax Court, police said.

Police said earlier on the evening of the shooting Silvers called them to report his neighbors were drinking and yelling at him, a police news release stated.

Investigators said Silvers and Edwards became involved in an argument when neighbors sprayed water on Silvers’ vehicle. The officers issued advice to Silvers and his neighbors about preventing the issue from happening again and then left the Halifax Court, the news release said. 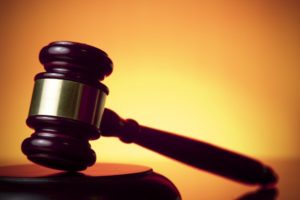 One neighbor, Tyra Gray claimed Silvers said the incident was going to escalate.

The police press release said Silvers called officers before to complain about property and “quality of life-related issues.

The Star-Telegram report claimed he was previously charged with driving while intoxicated and deadly conduct.

Murder is one of the most serious offenses you can be charged with in Texas. The Lone Star State does not use the term “first-degree murder,” a term that’s commonly used in many other U.S. states. Instead Texas uses the term capital murder, which can carry the death sentence.

As a death penalty state that in a typical year executes more people than any other state, Texas hands down harsh punishments for murder from the moment of arrest. You will likely be denied bail if you are charged with homicide in Texas. You may lose your friends and family. You may receive the ultimate punishment. The Death Penalty Information Center lists defendants who were put to death in Texas even though they were likely innocent of a killing.

In some cases, people who were later revealed to be innocent lost their lives in Texas.

If you are facing a homicide charge, please contact our Fort Worth criminal defense lawyers.