Can Police Use Any Statements I Made In The Absence Of My Attorney Against Me? 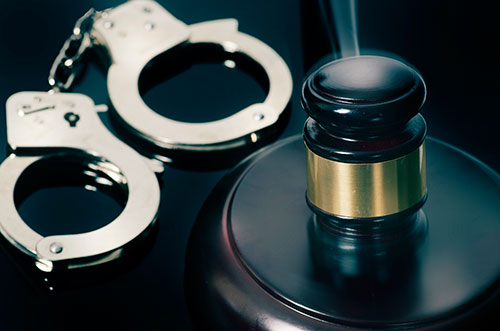 Any evidence or statements made by a person prior to their arrest may be used against them if the officer had reasonable suspicion supporting their decision to perform the detention. Once a person has been arrested, any statements made as a result of custodial interrogation cannot be used against them unless they have been informed of their Miranda rights, which is the right to remain silent. There is a concept called res gestae, which is a Latin term which basically means that something happens contemporaneously or part of the arrest. Statements made at the time of an arrest or as a result of an arrest may be admissible against a person even if they haven’t been informed of their right to remain silent. The distinction here is that once a person is in custody, statements cannot be used against them if those statements were the result of custodial interrogation and if the person was not informed of their right to remain silent.

What Kind Of Training Do Police And Law Enforcement Get Regarding Questioning People?

Detectives and patrol officers are trained to interrogate people in a manner that will get them to make incriminating statements. Detectives undergo further training to use psychological ploys and methods for obtaining incriminating statements. They typically ingratiate themselves to that person, make the person feel comfortable, and create the impression that they are there to help. In fact, they might even lie to the person or appeal to their conscience. They are very well-trained at asking questions from different perspectives in ways that call for certain incriminating answers.

Can Police Lie About Anything Or Are There Some Restrictions?

The police are allowed to lie to people.

Courts allow Police to lie. The Police can lie to suspects during questioning. What’s more, those lies don’t render confessions involuntary per se. Even if courts are supposed to investigate deceptions to see if they produced false confessions since law enforcement officials are trained to question suspects, the lies they tell hardly invalidate confessions.

In fact, Police are notorious for tricking suspects into providing their DNA and fingerprints. They do this by offering suspects something to drink during interrogation. If you get arrested for a violent crime, a DNA swab can be taken as part of the booking routine. If the crime doesn’t require a swab as part of the procedural, the Police can trick you into giving them your DNA. The law allows law enforcement officers to obtain your DNA, among other evidence using such means. However, DNA tests will still take time and are hardly done on-site.

The Police can also use fake tests. You may be informed you have failed a chemical test or polygraph. The Police can go as far as claiming they have eyewitnesses or an accomplice’s confession. Such attempts may be made to get confessions. Don’t fall for this trickery. In fact, never give any statement in the absence of an attorney!

While there are many reasons to avoid making voluntary statements, there’s one “magical” reason. If a crime is committed and the Police have sufficient ground to arrest you, they will arrest you. Law enforcement officers who have sufficient grounds to make an arrest have no business wanting to talk to you, ask a few questions, or take voluntary statements. You can’t talk your way out of an arrest!

So, why should you give them enough grounds to arrest you by giving voluntary statements? The 5th Amendment exists for a reason. You aren’t required to make statements that help the Police in incriminating you in a crime. So, don’t give any statement in the absence of your lawyer

The Police Officer Said He Will Go Easy On Me If I Cooperate. Is That True?

A frequently used tactic by the police is to tell someone that they will “go easy” on someone if they cooperate. In reality, “going easy on someone” is not even an option for police officers; they have a duty to investigate crimes, and once they have completed their investigation, they must turn over the information to the prosecutor or district attorney. At that point, it is the district attorney’s place to decide how vigorously to prosecute the defendant and whether or not to “go easy” on them.

For more information on Making Statements Without An Attorney, an initial consultation is your best step. Get the information and legal answers you are seeking by calling (682) 204-4066 today.