Will You be Jailed for Shoplifting In Texas?

Under Texas law, you can be charged with shoplifting in a wide range of circumstances. Depending on the value of the item stolen, you could be deprived of your liberty.

Under the Texas Penal Code Section 31.03, the circumstances for shoplifting are set out.

When we think of shoplifting, we think of a scenario in which a shopper picks up and item and takes it out of the store without paying.

Although this is a common scenario, it’s not the only one.

Other situations that could lead to a petty theft charge include switching a price tag, concealing an item as you go through the checkout, under-ringing it and fraudulently returning an item.

The prosecution does not need to prove you left a store to be arrested for shoplifting. It only needs to prove you had the intent to steal the item. Shoplifting is broadly defined as the act of deliberately and knowingly taking property without the owner’s consent in Texas. 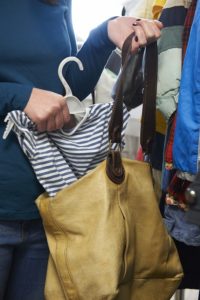 While some shoplifters play down the seriousness of this offense you may face time in jail. If the value of the goods taken is less than $100, you will face a jail term of up to $500.

However, if the value of the commodity stolen is more than $100 but less than $750 you will likely face a Class B misdemeanor which carries a potential jail term of 180 days and a fine of $2,000.

The range of punishments increases to a first-degree felony for stealing items valued at more than $300,000.

In practice, shoplifters will usually be charged lower down the scale because stores do not typically display items of such a high value.

However, shoplifters can and do end up jailed for theft. It’s, therefore, very important to take this charge seriously.

You should also be aware that if you are a parent whose child is caught shoplifting you could be subject to civil penalties for failing to supervise your child.

You can find out more about the definition of theft in Texas on our website. In these cases, the prosecution must prove that the defendant appropriated the property without the consent of the owner with the intention to deprive the owner of his property as opposed to borrowing it.

If you have been charged with shoplifting, please call us today for a free consultation about your case.