Will Abortion Become a Crime?

The presidency of Donald Trump has raised new questions about whether abortion will become a crime.

In the past, Trump has been critical of abortion and indicated he would restrict it. In an interview with news anchor Chris Matthews, Trump was at first evasive about whether abortion should be a crime. However, he finally said:

“The answer is that there has to be some form of punishment.”

Later Trump reversed course, saying a woman should never be punished. Only her doctor.

In the landmark case of Roe v Wade in 1971, the U.S. Supreme Court ruled women have a right to a legal abortion. 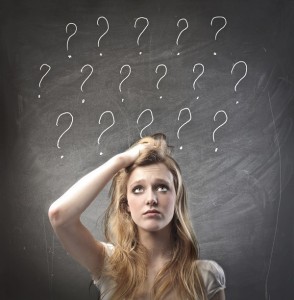 However, an article in the Guardian described how self-induced abortions are still occurring on a large scale in the United States. Some states criminalize these.

In Georgia in 2015, Kenlissa Jones was charged with attempted murder after prosecutors claimed she used drugs to abort her child.

In Texas, a controversial law that cut down the number of abortion clinics was linked to an increase in women self-aborting. The law was later ruled unconstitutional by the U.S. Supreme Court.

States have also passed laws restricting when abortions can be carried out. ABC News reported on how before 2010 no U.S. states banned abortions outright at any stage of pregnancy. However, Nebraska enacted a 20-week abortion ban in April 2010. The next year, Alabama, Indiana, Idaho, Kansas, and Oklahoma followed suit. Abortion legislation was passed in Arizona, Georgia, and Louisiana in 2012 and Arkansas passed a restrictive abortion law in 2013.

If Roe v Wade is overturned, the criminal law could play an increasingly important part in abortion enforcement in the United States, although it’s unclear what penalties would eventually materialize.

In many Latin American and African countries, abortion is a crime that can land women in jail. El Salvador in Central America has some of the strictest abortion penalties in the world. In El Salvador, a woman who aborts her baby can face 40 years in prison for aggravated homicide.

Although such Draconian laws are highly unlikely to arrive in the United States, Trump has made it clear he wants the Supreme Court to overturn Roe. v Wade.

However, such a move would be highly controversial. The pro-abortion rulings are based on the premise that both the 9th and the 14th Amendments to the Constitution guarantee a woman’s “right to privacy” —a right that extends even to abortion.

There is certainly a powerful movement to restrict abortions in Texas. If you have been charged with a crime in the Fort Worth area, you should contact an experienced criminal defense lawyer as soon as possible. Call the Medlin Law Firm at (682) 204-4066.