It’s a movement that hit a roadblock this summer in the U.S. Supreme Court. The justices upheld a ban on firearm use for domestic violence offenders. 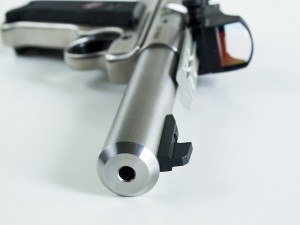 As Fort Worth criminal defense attorneys who work with people charged with assaults and weapons charges, we are well aware about how easy it is to fall foul of this law. You can read more about assaults here.

The Lautenberg Amendment was introduced to Congress in 1996. It forbids anyone who has a conviction for a misdemeanor crime of domestic violence from owning or possessing “any firearm or ammunition.”

Two men from Maine argued that the law should not apply to them. The case went all the way to America’s highest court.

The Implications of the Supreme Court Case for Domestic Violence Offenders

Stephen Voisine was convicted twice of misdemeanor assaults on his girlfriend more than 10 years ago. He was charged with harming her “intentionally, knowingly, or recklessly,” under Maine law.

However, he argued an offender who commits an assault “recklessly” had not used the force that causes his partner’s injury. The justices were not impressed with his argument. Justice Elena Kagan wrote that there was nothing in the word “use” which indicated the law only applied to intentional domestic assaults.

The decision reaffirms the fact that you cannot own a gun if you have been convicted of a domestic violence misdemeanor. Felons are banned from owning a firearm.

Notwithstanding this law, many domestic abusers retain their guns, stated an article in The Trace. Many states lack a mechanism for domestic violence offenders to surrender their firearms.

Texas law prohibits firearm possession by anyone,( other than a law enforcement officer), ,who is the subject of a protective order for family violence or a magistrate’s order for emergency protection under the Texas Penal Code § 46.04(c).

The firearm prohibition also applies to anyone who has committed a Class A misdemeanor involving a member of the person’s family or household.

Texas has seen a recent upsurge in domestic abuse cases. Figures from Family Violence Prevention Services in San Antonio revealed the number of women killed in the state in domestic violence incidents rose from 102 women in 2011 to 114 in 2012, rising to 119 in 2013 and to 132 in 2014.

Given the pervasive firearms culture in Texas, it’s easy to fall foul of these laws and there may be gray areas over ownership. If you are charged with a gun crime in Fort Worth or the surrounding area call us at (682) 204-4066.