Why You Can Be Charged With Sending a Dangerous Tweet

We have all heard of cyber bullying but a case involving a Texas man illustrates how you can be charged with sending a dangerous tweet.

Recently a Donald Trump supporter from Texas allegedly tweeted a flashing gif at an epileptic reporter and was indicted on a ‘deadly weapon’ charge, reported the Daily Mail.

John Rayne Rivello, 29, was indicted on an aggravated assault charge enhanced as a hate crime. He is accused of sending the image to journalist Kurt Eichenwald in December. The journalist had criticized Trump and was known to have epilepsy. 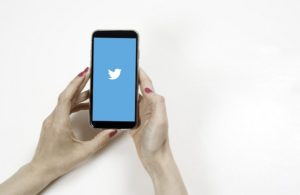 Police said Rivello’s tweet read “You deserve a seizure for your posts.” The flashing gif induced a seizure in the journalist.

Rivello was indicted in Texas. A grand jury said the tweet and GIF in the case constituted a “deadly weapon.”

Rivello is accused of sending the strobing image to Eichenwald’s Twitter account with the intention of causing a seizure.

The FBI and Dallas police investigated the case. A CBS report noted how evidence received as part of a search warrant showed Rivello’s iCloud account had a screenshot of a Wikipedia page for Eichenwald. It had been altered and had a fake obituary for the journalist with the date of death listed as Dec. 16, 2016.

Investigators pointed to clear evidence that Rivello knew the journalist was an epileptic.

They found screen shots from epilepsy.com and a list of commonly reported epilepsy seizure triggers on his iCloud account.

Internet crimes have surged in recent years and they have become more sophisticated.

Almost a decade ago, hackers managed to access the servers of the Epilepsy Foundation. They posted flashing images on its website. Eichenwald claimed he previously received malicious flashing images and was sent a video featuring a strobe light.

If you have been charged with cybercrimes, it’s important to hire an experienced Texas criminal defense lawyer who is up to date with the latest cybercrimes. Read more about the Medlin Law Firm here .