Why the Female Prison Population of Texas is Rising

The number of arrests of women has fallen in Texas but the state’s female prison population is growing.

This curious fact was recently highlighted in a Dallas Morning News investigation in the summer of 2017 about what happens to children after a mother’s arrest.

The investigation found that the number of women in county jails across that state who are awaiting trial has risen about 50 percent since 2011, reported KUT 95.

“I think when we first told people that the volume of women in jails was going up, they assumed it was part of a crime wave. But what we know, if you look at Department of Public Safety data and those crime stats that come out every year that are part of the FBI data, there’s actually been a decrease in most crime categories, in most violent crime categories.”

Aspinwall said although the statistic seems contradictory, there are clear reasons why the female prison population is rising. 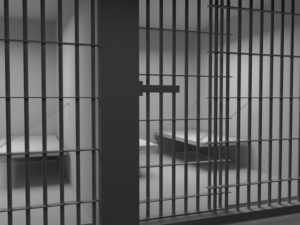 The female prison population of Texas is rising

She said people are remaining longer in jail because they can’t make bail. On occasions, defendants go to jail and there’s not necessarily an arrest that would count because there is no new crime.

Aspinwall said many women languish in jail for failing to pay fines to the court, appearing late to a court hearing, or a probation violation. She said:

“So it doesn’t count as a new crime, or a new arrest, but you end up back in jail just the same.”

Given some of the concerns over the bail system in places like Harris County, it’s alarming that female prisoners are spending long periods in jail for minor offenses.

In 2016, The Houston Chronicle revealed many inmates remain in Harris County Jail due to their poverty, even on charges for minor crimes. They were unable to make bail.

Inmates in Texas’ most populated county filed suit against Harris County, saying they were wrongfully kept in jail simply because they were too impoverished to pay their bail bonds. The lawsuit applies to all indigent defendants arrested on misdemeanors such as shoplifting or driving with an invalid license.

The federal lawsuit which was discussed by the courts in late 2017 questions the constitutionality of the county’s pretrial system.

The Texas Tribune reported U.S. District Judge Lee Rosenthal issued a ruling in April 2017 that stated Harris County’s bail practices were unconstitutional. He ordered the release of almost all misdemeanor defendants from jail within 24 hours of arrest, irrespective of their ability to pay the bond amount.

If you are charged with any crime in Texas, you may spend long periods incarcerated, particularly if you are poor. It’s important to hire an experienced criminal defense lawyer.Please call us today for a free consultation about your case.