Why Breathalyzers May Be Defective

As Fort Worth DWI defense lawyers, we often hear from defendants who believe if they fail a breath test they must have been driving drunk.

Most citizens believe if they recorded a reading of 0.08 percent or greater from a breathalyzer, they should plead guilty to driving while intoxicated.

This belief is misplaced because breathalyzers are not 100 percent accurate. Some may be faulty.

An article in HG.org explored the history of breathalyzers and raised some alarming legal questions. 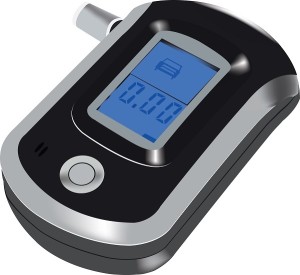 Breathalyzers may not be accurate

Before breathalyzers were routinely used, police officers relied on field sobriety tests which were undermined by their subjective nature.

In 1937, the biochemist Rolla N. Harger, invented the Drunkometer. This device used a sample of expired breath which was collected in a balloon. The sample was passed through a diluted solution of potassium permanganate in sulfuric acid until its color was removed.

Balloon machines were exposed as unreliable but they were used until the 1970s in DWI arrests.

Here are some common issues with police breathalyzers.

2 Breathing Can Affect a Test

One study indicated holding your breath before a test can significantly push up the blood/alcohol reading. Certain conditions like acid reflux can also impact a reading because an acid build up in the stomach often occurs in the esophagus where the fumes from the acid collect.

Breathalyzers require regular maintenance and calibration to deliver accurate results. An incorrectly calibrated or badly maintained machine may produce unreliable results that should not be used to establish intoxication.

4 Residual Alcohol in Your Mouth

There are many factors that can impact a breathalyzer test. An experienced Fort Worth DWI defense attorney can identify flaws in your test and challenge the charges against you.