When a judge in north Texas handed down the 89th and final conviction to a member of a white supremacist gang in the summer of 2017, it marked the end of a detailed investigation that lasted years.

U.S. District Judge Jane J. Boyle sentenced Jeramy Weatherall, 29, of Dallas to a 20-year prison sentence. He admitted one count of possession of methamphetamine with the intent to distribute the drug.

A report on PBS noted Weatherall was the final defendant in a series of prosecutions stemming from an investigation that began in 2013 that targeted members of various white supremacist gangs such as the Aryan Brotherhood of Texas. They were accused of narcotics sales in northern Texas.

Those arrested were members of ABT and other violent white supremacist groups such as the Aryan Circle, the “White Knights,” and the “Dirty White Boys,” to name a few. Gang members were sentenced to more than 1,000 years behind bars in total. 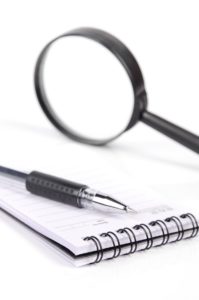 White supremacist gang was busted by the feds

The Department of Justice said these groups remain organized gangs but in recent years their white supremacy ideology has become less important than criminal ventures like drug dealing.

Investigators secured prosecutions against 89 of 91 people charged in connection with the probe. One of the gang members remained at large and is thought to be in Mexico while another died before his trial.

Federal officials believe the investigation decimated the abilities of some of the white supremacist gangs to operate in northern Texas.

U.S. Attorney John Parker singled out ABT and the Aryan Circle in a statement made over the summer.

He said dozens of convictions of members of these two groups two groups mean they “have essentially been decimated in north Texas.”

Other groups are less convinced. Mark Pitcavage of the Anti-Defamation League hailed the 89 convictions as a success. However, he does not think it necessarily means the investigation has “decimated” white supremacist groups which are resilient.

The investigation featured federal investigators and was led by the Texas Department of Public Safety’s gang unit and the Dallas Police Department’s criminal intelligence unit.

Gang charges often entail long periods behind bars in Texas. If you have been charged with an offense of this nature, contact our Tarrant County criminal defense team today.