When Can The President of the United States Grant a Pardon?

The presidential pardon of Joe Arpaio, the retired hardline Arizona lawman in August, led to questions about the power of the Commander in Chief to pardon people convicted of offenses.

Arpaio was convicted of intentionally disobeying a judge’s order in an immigration case. However, President Donald Trump declared him a “worthy candidate” for a presidential pardon.

The action came days after Trump, at a rally in downtown Phoenix, strongly hinted that he intended to issue a pardon, reported the Houston Chronicle.

The Presidential power of pardon sparked much speculation and debate over the summer, not just in relation to Arpaio, but whether Trump has the power to pardon himself over the inquiry into links with Russia.

Trump’s comment that “all agree the U.S. President has the complete power to pardon,” was disputed by some commentators. 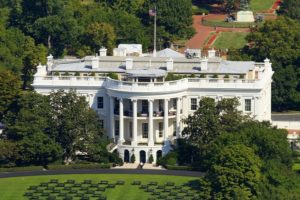 The White House can grant a pardon

The Washington Post noted many people don’t agree with the statement.

It’s certainly the case that the power of pardon is broad. It’s one of the strongest unilateral authorities of the presidency. Article II, Section 2 of the Constitution states that the commander in chief “shall have power to grant reprieves and pardons for offenses against the United States, except in cases of impeachment.”

Importantly, presidential pardons cannot override the impeachment process. They can only be used only for federal crimes, not for crimes that violate laws of states such as Texas.

However, unlike presidential appointments, there is no requirement for Senate ratification of a pardon.

Some pardons may even indeed be issued before a defendant is formally charged with an offense. The pardon cannot be fettered by any legislative restrictions.

In other words, Trump could pardon himself in advance of possible charges inherent in the Russia investigation. However, he would not be able to pardon his way out of impeachment.

Former President Barack Obama granted clemency to more people convicted of federal crimes than any president in 64 years, according to the Pew Center. Most of these were commutations as opposed to pardons.

You have to go back to President Harry Truman in the 1950s to find a chief executive who granted more pardons.

However, Obama also received more requests for clemency than any U.S. president because he sought shorter prison terms for nonviolent inmates convicted of federal drug crimes.

Obama granted clemency to 1,927 inmates, a figure that included 1,715 commutations and 212 pardons.

If you have been charged with a federal offense you are likely to be facing a tough sentence. Call our Fort Worth criminal defense lawyer for help..