When a Juvenile is Tried as an Adult in Texas

Texas is known for taking a tough stance when it comes to dealing with juveniles as adults in the justice system. However, in a landmark case, the Texas Court of Appeals ruled that the juvenile court erred in failing to carry out an individualized assessment of a 16-year-old who was tried as an adult.

In the case of Cameron Moon v. State of Texas, the Texas high court vacated the teen’s transfer to an adult court.

The court said the record was factually insufficient to justify the decision. The juvenile court’s order came under fire for merely reciting a transfer statute. The high court said juvenile courts must demonstrate their reasons for transfer if they expect their decisions to be upheld on appeal. 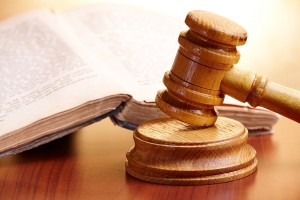 Many juveniles get adult justice in Texas

Cameron Moon was indicted for murder at the age of 16. He had no previous convictions other than a misdemeanor for keying a car. The State of Texas requested the juvenile court order the 16-year-old stand trial as an adult.

During Cameron Moon’s hearing, the state presented no evidence about the factors the judge was legally required to consider before he ordered a transfer to the adult court, other than the seriousness of the offense.

In contrast, the defense team pointed out the young man was lacking in sophistication and maturity. They said he could benefit from rehabilitation in the juvenile system.

While Texas’ juvenile system puts the emphasis on rehabilitation programs, the adult system is designed to punish the offender.

Moon was found guilty and sentenced to 30 years in adult prison.

The Court of Criminal Appeals concluded the juvenile court abused its discretion in waiving its jurisdiction over Cameron Moon and certifying him for trial as an adult. The district court’s decision was vacated.

The State of Texas permits juveniles charged with certain crimes to be treated as adults. Texas has fewer restrictions of treating teen offenders as adults than many other states.

A child who may have otherwise been tried in juvenile court may be dealt with in the adult courts for any felony offense. The process is known as juvenile waiver.

Texas is also one of only nine states in the country that routinely prosecute 17-year-old as adults. Attempts to change the law in recent years and raise the age of adult criminal responsibility to 18 have failed in the legislature.

At the Medlin Law Firm, we are well aware of how a criminal charge as a juvenile can ruin your life and how Texas could deprive you of the rehabilitation services it affords to teens by treating you as an adult. For more information about our firm and how we can help you, contact us at (682) 204-4066.