What is Civil Asset Forfeiture?

Civil asset forfeiture is one of the lesser known aspects of a criminal case. It is often controversial because it allows local, state and federal law enforcement authorities to take property even if the owner has not been charged with a crime.

The State of Texas makes heavy use of civil asset forfeiture. In a recent article in the Corpus Christie Caller Times, State Sen. Juan “Chuy” Hinojosa points out state law allows enforcement agencies to keep 70 percent of forfeiture funds. This money may be spent for any law enforcement purpose.

Civil asset forfeiture is different to a case brought against an individual who is accused of criminal conduct. 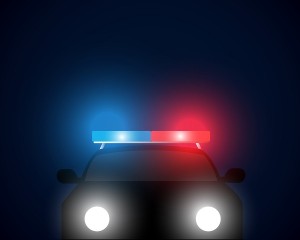 The police may seize assets before conviction

The action is brought against the property itself. In his article, Hinojosa said the property is “guilty until proven innocent,” which is a reversal of the criminal standard of proof. To carry out forfeiture a law enforcement agency only has to show the property is linked to a crime by a “preponderance of the evidence.”

The agency that seizes the property holds onto it regardless of whether charges are brought. When property is seized, the legal costs of getting it back can be prohibitive.

He said one Texas county purchased several microwave ovens and a 42-inch TV with proceeds. An average of $41.5 million per year is funneled into the budgets of Texas law enforcement agencies via forfeiture, he said.

The fact the process is stacked against the owner of the goods means it can take as long as a year to get back possessions taken by civil asset forfeiture. Many people give up and allow law enforcement to keep their belongings.

The ACLU is deeply critical of civil asset forfeiture, branding it one of the most controversial practices in the American criminal justice system. It states:

“Owners need not ever be arrested or convicted of a crime for their cash, cars, or even real estate to be taken away permanently by the government.”

The ACLU said the original purpose of civil asset forfeiture has been lost because law enforcement agencies want to make money.

Forfeiture was originally meant to be a way to deplete large-scale criminal enterprises of their resources.

However, flawed laws means many police departments use it to help their bottom lines rather than to fight crime and the victims are usually small operators rather than large criminal organizations. Some of them were not even convicted of criminal offenses.

In Texas, the law gives the government a very low burden of proof in civil forfeiture cases. Texans are routinely deprived of their property without due process or evidence of wrongdoing.

Recently, the civil asset forfeiture issue was discussed in the Texas legislature. Senate Bill 380, filed this legislative session by state Sen. Konni Burton, R-Colleyville, would change the law to require a conviction before most property can be taken by law enforcement. The bill would make cars worth less than $10,000, homestead property, and cash totaling less than $200 exempt from forfeiture.

If you have been charged with a crime or had your assets seized, you should contact a Fort Worth criminal defense lawyer. Contact the Medlin Law Firm by following this link.