What is a Mistrial and Why Do They Occur?

PLEASE NOTE: We can only service cases inside the state of Texas!

In 2017, the high profile mistrial of comedian Bill Cosby made headlines and shed publicity on this little-known area of the criminal law.

The judge in the case declared a mistrial in June after the jury was hopelessly deadlocked, reported the New York Times.

During the sexual assault trial, the jury was split. A report in Rolling Stone claimed that after 52 hours of intense discussion,10 jurors believed Cosby was guilty on two of the three counts against him. A third count had a majority vote of 11 to one to acquit the actor.

The mistrial left many people asking questions. Had Cosby been cleared? Did the mistrial mean he could not be tried again because of double jeopardy?

The answer is no. A mistrial is not a vindication of either the accused or the victim. Shortly after the verdict was announced, prosecutors in Pennsylvania immediately announced they will retry the case. 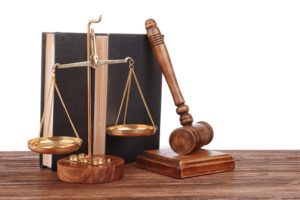 There are many misconceptions about mistrials

The mistrial reflects the very high prosecutorial burden of proof in any criminal trial of beyond all reasonable doubt.

While Cosby has many accusers, the standards for criminal conviction and punishment for a specific act are different from the ones that suggest someone is guilty of wrongdoing.  The burden of proof in a civil trial for damages is lower.

Even if a juror was almost convinced that a defendant was guilty, but still had doubts that appeared reasonable, the appropriate vote would be for acquittal. Some jurors retained those doubts during the Cosby trial.

What is a  Mistrial?

According to the American Bar Association, the definition of a mistrial is a trial that is “not successfully completed.” The trial was not brought to a complete conclusion. Hence the double jeopardy clause which stipulates the accused can’t be tried twice for the same crime is not triggered.

After a mistrial, the court convenes again with a new jury and starts over.

A jury being unable to reach a unanimous verdict is not the only reason for a mistrial. A mistrial may be called if there was a mistake during jury selection, a juror was guilty of misconduct such as talking about deliberations during the trial, a juror died mid trial, or another error harmed the defendant’s case.

If you have been accused of a serious crime like sexual assault, the evidence may be old or unreliable or not strong enough to convince a jury beyond all reasonable doubt.