Video of Houston Carjacking is Published

Carjacking can be a terrifying crime for the victims. Recently, in Houston, police released video of how a woman and her 11-month-old niece were dragged from a minivan in the daylight as shots were fired nearby Police appealed for witnesses in the Houston carjacking.

Houston police released the shocking surveillance last October, reported KXAN. The footage featured four men running from a car that was at a standstill in a ditch toward the minivan.

The KXAN report noted one of the men fired a gun at the car as they ran in from the 6800 block of London St. on the south side of Houston. A man was killed and another was wounded.

A report on KPRC stated security video acquired by police from a nearby motel showed two men in the front yard of a nearby house. One started running as a stolen Mazda pulled up. Four gunmen were inside already shooting from the car. However, the driver drove into a drainage ditch. 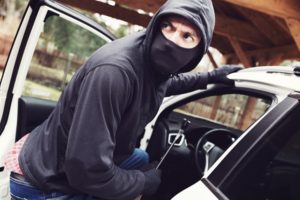 Video of Houston carjacking is published

The men ran out of the disabled car. As one approached Cullen Boulevard, three others ran up to a dark green Kia Sedona parked close by. The TV channel report said the woman in the minivan was there to pick up a friend at the motel.

The woman was forced out of the car at gunpoint by one of the men. The video footage showed her tumbling to the ground. She clutched the baby in her car seat.

Police said neither the woman who was in the car nor the baby was harmed in the incident. Two men at the scene were not so lucky.

One of the men targeted by the gunmen, 22-year-old Walter Fields, was wounded but is expected to survive police said. The second victim, Sam Johnson, 53, was killed at the scene.  Johnson worked as a handyman at a nearby convenience store. Fellow employees speculated he had been in the wrong place at the wrong time.

Houston police arrested Mertroy Harris, 27 on murder charges and searched for three others.

Carjacking is a very serious crime in Texas. It is often accompanied by extreme violence.

In 2017, in Houston, 47-year-old Pedro Aguilar, was killed in a botched carjacking attempt. A report on Associated Press stated the carjackers attempted to take the family’s car only to discover it had a manual transmission and they were unable drive it.

The Harris County Sheriff’s Department stated Aguilar pulled up at his family’s apartment. Another car pulled alongside him with at least two suspects in the vehicle. They dragged Aguilar from his vehicle and beat him before shooting him in the chest. He died at the scene of the attempted carjacking.

The offense of carjacking is defined by Texas law as the taking of a vehicle from the owner or driver by force or the threat of force. The owner may fear often violence. In Texas, carjacking is prosecuted under the state’s robbery law. The owner should be in or in close proximity to the vehicle for the offense to take place. The charge cannot be brought for the taking of an empty car.

If you have been charged with carjacking, please call our Tarrant County criminal defense lawyers today.