We know plenty about DNA but familial DNA is a new and controversial method of evidence gathering. It is being considered by detectives who are seeking to find the killer of a New York jogger and it already used in Texas.

The method became established in Britain and some other European countries over the last 10 years.

Officials in New York are considering whether to use it after a request from the family of Karina Vetrano, a woman who was strangled and beaten to death in a New York park, reported the Daily Mail. 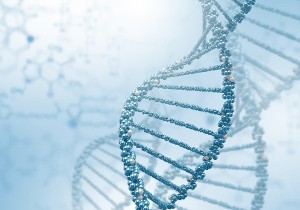 Familial DNA searches are searches for genetic material to indicate a relative of a person police are seeking to identify.

The method is used when an exact match of databases proves to be unsuccessful. An example would be when DNA is recovered from a crime scene but fails to match any DNA in state or federal databases. However, if the person’s son was recently jailed for a crime, a similar match could lead police to their suspect.

Police were able to construct a DNA profile of the killer from material found under Vetrano’s fingernails, on her phone and her body. It failed to match anyone in police DNA databases.

The victim’s family is pressing police to use the new method. Despite chasing 85 tips and interviewing runners, police have made few inroads in the investigation.

Civil liberties groups are critical of the familial DNA method. They warn it can single out otherwise law-abiding people because of their family ties.

Donna Lieberman, executive director of the New York Civil Liberties Union, said the method is controversial because it can drag people into a criminal investigation merely because they are related to someone with DNA in the state’s databank.

However, 10 states including Texas and California already use the method, the Daily Mail report stated.

Ohio has used the technique since 2012. The Bureau of Criminal Investigation developed a 12-page protocol to outline cases that would be used for familial DNA searches.

A report in The Chronicle said some Ohio attorneys and academics say the use of familial DNA raises concerns.

Ian Friedman, an adjunct professor of law at Cleveland-Marshall College of Law and a criminal defense lawyer in Ohio said familial DNA testing is a backdoor method that allows law enforcement agencies to discover private information about innocent people without their consent.

At the Medlin Law Firm, our attorney is familiar with all of the ethical concerns and the potential drawbacks of forensic evidence. Call us for a free consultation if you have been charged with a crime at (682) 204-4066.