The idea was to prosecute all of the migrants caught within a stretch of the border en masse. They could be channeled into the federal justice system because the Bureau of Prisons has greater resources to hold them for longer before deportation.

The Chronicle reported Trump’s administration is expanding the program of fast mass convictions to other parts of Texas and the border in Arizona and California. 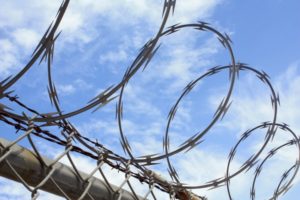 Incarceration for border crossers in Texas

Attorney General Jeff Sessions has ordered U.S. attorneys across America to prioritize such immigration prosecutions. Sessions issued some tough rhetoric over the summer. He said:

“For those that continue to seek improper and illegal entry into this country, be forewarned: This is a new era. This is the Trump era.”

In April, the Attorney General issued a memorandum emphasizing the importance of the enforcement of immigration crimes. He ordered federal prosecutors to pursue the most serious criminal charges available for those who cross the US/Mexican border unlawfully.

It goes beyond the deportations of the past. The Attorney General said he wants more migrants caught unlawfully crossing the border to be charged criminally with misdemeanors for first offenses. Repeat offenders would be prosecuted as felonies punishable by up to 20 years in federal prison.

There will also be immigration consequences. A criminal conviction can prevent anyone from ever legally returning to the United States again, even if they qualify on paper.

It remains to be seen if this immigration crackdown will spur a spike in other types of offenses in the border areas. There is evidence that the cartels are turning to drug trafficking as the Trump administration cracks down on human trafficking.

“Every other type of federal crime on the books – drugs, financial crimes – is getting pushed aside in favor of throwing more resources into going after people violating immigration laws. We’ll have to see whether the (Texas) Southern and Western District becomes the canary in the coal mine if they become the model for the rest of the country.”

If you have been accused of a federal offense of this nature, you can face a Draconian sentence. Please call our Fort Worth criminal defense lawyer today.