Trump Fails to Appoint Judges to Legal Vacancies in Texas

Texas has lagged behind much of the rest of the nation in terms of the appointment of new judges under the Trump administration.

A report in the Texas Tribune noted in three weeks in June, President Donald Trump nominated dozens of people to federal government positions across the U.S. and abroad.

However, no judges were appointed in Texas where all four U.S. attorney seats, no less than 11 district judgeships and two places on the U.S. 5th Circuit Court of Appeals remained open.  The Tribune reported there were 17 legal vacancies open in the Lone Star State.

The report noted that while the appointment process has been slow under Trump, the new administration is not entirely to blame. All but one of the 17 vacancies opened up under the Obama administration. 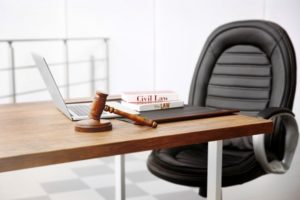 Nevertheless, Obama had appointed twice as many people at the same stage in his presidency.

Some presidents have taken even longer to make legal appointments. George W. Bush waited until Aug. 1, 2001, more than six months into his tenure.

Experts point out the delay in appointing top legal officers in Texas may impact the administration of justice in the state.

Texas has the most U.S. attorney districts of any state and the caseload is often hectic. The Tribune report pointed out the Southern District of Texas is the busiest in the nation. It prosecutes more cases than any other. The Western District shares a border of more than 600 miles with Mexico. Certain criteria define a judicial emergency, including a vacancy of more than 18 months in a district or a circuit court.

Of 51 federally designated judicial emergencies nationally, nine were found in Texas. One chair has remained vacant since 2011.

Legal experts suggested the delay in appointing judges and other federal officials could impede Trump’s staunch law and order agenda in Texas.

He said it is in the interest of the administration to fill vacancies for U.S. attorneys as soon as possible.

A failure to appoint judges and other officials can lead to greater delays and inefficiencies in the criminal justice system that can impede justice. If you have been charged with a federal or another crime, contact our experienced Fort Worth criminal defense attorney today.