When golfer Tiger Woods was arrested in Florida on Memorial Day on suspicion of driving under the influence, he blamed prescription drugs.

Woods made his first court appearance on July 5. Two citation reports stated he was alone in his Mercedes-Benz.

He was cited by police for DUI and improper parking. Police records said no crash occurred nor was there any damage to property.

The New York Post reported the famous golfer was arrested after he fell asleep at the wheel of his car. 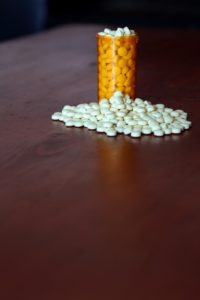 The police report stated he told cops at the scene he has been taking the sedative Xanax on the night of his arrest. Later at a testing facility, the golfer said he took the powerful painkiller Vicodin, according to the records obtained by The Golf Channel.

The New York Post report said the two drugs are a potentially fatal combination. The Food and Drug Administration warned Xanax which is used to treat depression, and the opioid Vicodin “may result in profound sedation, respiratory depression, coma and death.”

Woods said alcohol was not involved and he had “an unexpected reaction to prescribed medications.”

The golfer was reported to be rehabbing from back surgery. He told the media he did not realize the mix of medications “had affected me so strongly.”

Woods said he understands the severity of what he did and took full responsibility for his actions, according to media reports.

A TMZ report said Woods ultimately blew .000 on his breath test. Although the reading supported his statement that was not drinking, images of him struggling with sobriety tests and struggling to take the breathalyzer pointed to likely impairment.

If you are pulled over for a DWI in Texas, you should decline field sobriety tests. The evidence from such tests can incriminate you even if you pass a breath or a blood test.

Find out more about traffic stops and DWIs here on our website. Please call us today for a free consultation.