Three Texas Cities Modify the Policing of the Mentally Ill

Policing of the mentally ill has been a major issue in Texas for decades with resources scant to help people with particular needs.

However, a new effort is underway in three Texas cities to proactively police the mentally ill, according to The Crime Report.

The publication cites the work of the Behavioral Intervention Unit (BIU) in the cities of Hurst, Euless, and Bedford.

These are cities in the Dallas-Fort Worth metropolitan region. Their work is based on a modified Crisis Intervention Team program developed more than 10 years ago by Ken Bennett, a local mental health coordinator, as well as the Hurst Police Department. 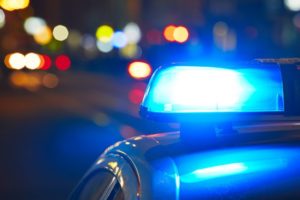 New system for policing of the mentally ill is brought in

The strategy relies on the improved integration of mental health clinicians and police.

It’s a proactive approach. In these three cities, the Behavior Intervention Unit deploys teams of clinicians and police officers who patrol each weekday seeking people suffering from a mental illness.

The teams aim to intervene before a crisis situation occurs.

The approach recognizes the fact policing the mentally ill has become a crisis not just in Texas but elsewhere in the United States.

Mental health funding has been on the frontline for cuts for decades and increasingly jails filled up with mentally ill people.

In the article Nick Selby, a Texas police detective said he recognized how the Sandra Bland Act, signed by Texas Gov. Greg Abbott in June, may have a profound impact on how the U.S. handles mental illness.

The Sandra Bland Act was criticized by family members after moves to change the arrest powers of police were dropped from the legislation.

However, some of the provisions relating to mentally ill people in jails survived. The Sandra Bland Act instructs county jails to divert people who are suffering from mental health and substance abuse issues toward getting treatment.

Defendants arrested with a mental illness or intellectual disability should receive a personal bond under the new law. Independent law enforcement agencies would investigate deaths at Texas jails.

Jails are very frightening places for defendants. Your problems are likely to be exacerbated if you are suffering from a mental illness. If you have been charged with a crime, please call us today for a free consultation about your case.