The Difference Between Tax Fraud and Negligence

When we file our taxes most of us are concerned we might make a mistake that could land us in trouble. However, there is a difference between a criminal act of tax fraud and negligence.

The good news is very few people end up being charged with tax fraud as a percentage of the population. A NOLO article stated a mere 2,472 Americans were convicted of tax crimes in a recent year – just .0022% of all taxpayers.

In contrast, the IRS estimates as many as 17 percent of people who file taxes make some kind of mistake. 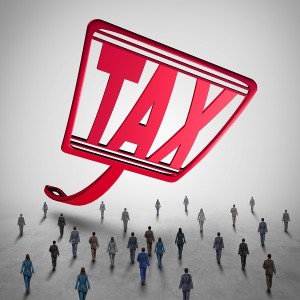 So what constitutes tax fraud?

The IRS defines fraud as “intentional wrongdoing” on the behalf of the person who files taxes, with the purpose of evading a tax known or believed to be owing.

Some Actions that Constitute Tax Fraud

1 – Not filing taxes at all

2 – Not paying an owing tax bill after you file;

6 – Reported income not matching up with what it should be.

The intent is the difference between tax fraud and negligence. If you forgot about income and didn’t claim it, this would not be fraud. Deliberately hiding it would be fraud. It can be a difficult distinction for prosecutors to make.

How Negligence Differs from Tax Fraud

The IRS is aware of the fact that tax codes are difficult to comprehend. Many people face incredible difficulties in filing taxes and can’t afford to hire a professional.

The IRS is willing to be lenient with genuine mistakes. Often when you misreport a detail on a tax return it’s because of an oversight or you made a mistake.

If you are careless in filing a tax return, you are unlikely to face tax fraud charges, even when your mistake it to your benefit on the return.

If you are facing tax fraud charges they can have very serious consequences on your business or your family. You may have just been negligent or sloppy rather than intentionally gaming the system.

An experienced Fort Worth criminal attorney can help you out if you have been charged with any fraud offense. Call us today at (682) 204-4066.